Get latest articles and stories on Business at LatestLY. With potential risks of Taiwan-China tussle escalating, the threat of key raw material for automobile manufacturing -- semi-conductor -- shortage is once again looming, said Federation of Automobile Dealers Associations of India on Thursday. 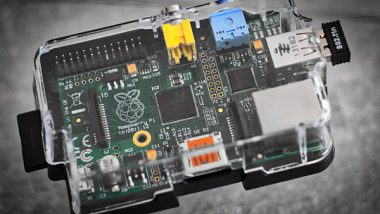 The association's President Vinkesh Gulati said that after the Russia-Ukraine war, the world is now facing the possibility of the Taiwan-China war.

"Due to this, the threat of semi-conductor shortage is once again looming as chip-maker TSMC raises a red flag that if war hits, Taiwanese chip manufacturers would be rendered 'non- operable'," Gulati said.

Hours after US House Speaker Nancy Pelosi departed from Taipei following a visit that has rankled Beijing, live-fire drills began in six identified zones around the island on Thursday. Pelosi's visit, which is also the highest level of US visits in more than two decades, left China heavily infuriated and the communist nation warned the US that it will "pay the price".

Coming to automobile sales, total retail sales of vehicles during the month of July 2022 saw a decline of 8 per cent on a yearly basis. July is generally considered a lean month before the festival season hits in August.

Breaking into segments, three-wheelers and commercial vehicles were the only segments which grew during the month by 80 per cent and 27 per cent.

Two-wheelers, passenger vehicles and tractor sales saw lower retail sales, decreasing by 11 per cent, 5 per cent and 28 per cent, respectively, according to the data released by The Federation of Automobile Dealers Associations (FADA).

July saw an erratic monsoon across most of the states. While west, central, and south India majorly faced excess rainfall, Gangetic plains and eastern India witnessed deficient rainfall, it said.

Erratic monsoon also led to decreased Kharif sowing as the area under paddy dipped by 13 per cent at the end of July. Tractor sales which were showing good growth until a month ago hence saw a big dip in July.

The three-wheeler space continued to see demand recovery even though full recovery to pre-Covid levels is still some time away.

It said that it is clearly evident that e-rickshaws were the biggest mover in the segment. Demand recovery in three-wheelers passenger category also showed that Covid is now behind us as passenger movement has once again started gaining traction.

Commercial vehicle retail figures continue to witness good demand as the government's infrastructure push is helping customers in concluding their purchases. Apart from this, the bus segment also witnessed the beginning of demand recovery as educational institutions and offices are once again back to normal mode.

The passenger vehicle segment is witnessing a dream run as retail sales are already higher than in 2019.

"Even though there is a blip in July numbers, the industry is continuously introducing new models, especially in the compact SUV segment. Along with this, a better supply in the coming months will help in bringing down customer anxiety due to large waiting period. We also urge all passenger vehicle manufacturers to recalibrate their supplies as per the market demand and avoid pushing low moving stocks," it added.

On the outlook, it remains "cautiously optimistic" as the country enters into the festival season. (ANI)