Maestro: Bradley Cooper Confirms His Second Directorial Film, Will Commence Filming in May 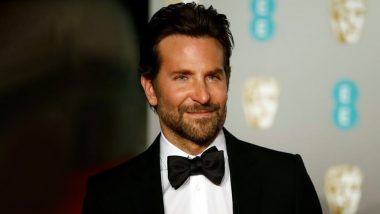 Hollywood star Bradley Cooper recently confirmed that Maestro, his second directorial feature, will finally start filming this May. The revelation was made during a conversation with Mahershala Ali as part of Variety's 'Actors on Actors' series. Netflix's 'Maestro' will mark Cooper's first directorial effort since the blockbuster success of his feature debut, A Star Is Born. Cut And Run: Jake Gyllenhaal to Star In and Produce John Glenn’s Heist Thriller.

He will also star in Maestro as esteemed Broadway composer Leonard Bernstein, with Carey Mulligan on board to play Bernstein's wife, Felicia Montealegre. Talking about the new film, Cooper told Ali, "I wanted to be a conductor since I was a kid. I was obsessed with it, asked Santa Claus for a baton when I was eight. Listening to music, falling in love with it and being able to really know every single moment of a piece, like Tchaikovsky's 'Opus 35' in D major, this violin concerto. I could do it as if I know everything about it without really being able to speak the language, obviously." Park Se Young To Tie the Knot With Her School 2013 Co-Star Kwak Jung Wook in February.

Steven Spielberg was originally attached to direct a Bernstein biographical drama and recruited Cooper to star in it. The actor was coming off 'A Star Is Born' at the time and was more interested in writing and directing movies than taking on an acting role for someone else, even Spielberg. "I [told Spielberg], 'I always felt like I could play a conductor, but may I research the material and see if I can write it and direct it? Would you let me do that?'" Cooper said.

He added, "Steven has a lot of interests, he'll just choose one thing and all of the other things will be on hold. I think he knew he wasn't going to make that movie for a while. He was kind enough to hand it off to me, and that's what I've been doing for the last four and a half years, and we start shooting in May."