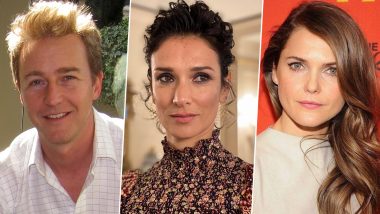 The eight-episode series will tell stories of how upcoming changes to the planet will affect day-to-day life including love, faith, work and family.

Extrapolations is currently in production. The series is produced for Apple TV Plus by Michael Ellenberg's Media Res, with Burns, Ellenberg, Greg Jacobs, Dorothy Fortenberry and Lindsey Springer serving as executive producers.