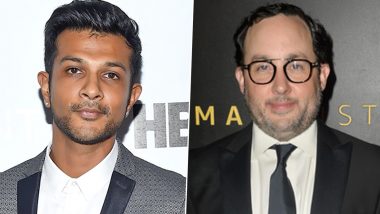 Free Guy star Utkarsh Ambudkar and PJ Byrne of The Boys fame are set to star in recurring roles in the second season of Never Have I Ever. The Netflix coming-of-age series, created by Mindy Kaling and Lang Fisher, revolves around an academically competitive and hot-headed Indian American teenager Devi, played by Maitreyi Ramakrishnan, trying to catch the eye of the school heartthrob while secretly grieving the sudden death of her father. Never Have I Ever Season 2: Megan Suri Joins Mindy Kaling’s Netflix Show

According to Deadline, Ambudkar will play Mr Kulkarni, the English teacher on staff at her school, Sherman Oaks High. He and Devi are buddies. On the other hand, Byrne stars as Evan, a head research assistant in Kamala's (Richa Moorjani) program at Caltech. Because of her supreme intelligence and his mediocre ability, Kamala, who is Devi's cousin, becomes an easy target for Evan. The project reunites Kaling and Ambudkar, who recurred as Rishi on Kaling's "The Mindy Project". Never Have I Ever: Mindy Kaling’s Show Starring Maitreyi Ramakrishnan Gets Renewed For Season 2 By Netflix