Actor Vanessa Hudgens has confirmed she is in a relationship with Major League Baseball player Cole Tucker on Valentine's Day, nearly three months after the couple sparked dating rumours. 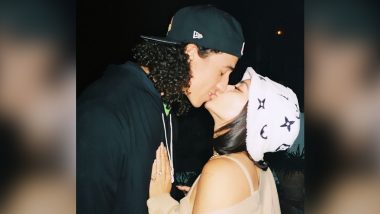 On Instagram, the "High School Musical star" shared a photo of herself kissing the sportsperson on Sunday. "It's you, it's me, it's us. @cotuck," Hudgens, 32, wrote. Brian Austin Green, Sharna Burgess Make Relationship Instagram Official With a Warm Kiss (View Post)

Tucker, 24, also shared a photo with the actor, captioning the picture "Happy V Day @vanessahudgens." Hudgens was previously in a relationship with actor Austin Butler and the couple broke up last January after dating for nearly nine years. PTI