As per Variety, Das is attached to co-write and executive produce the project with Sam Laybourne, with Laybourne also attached to serve as showrunner. 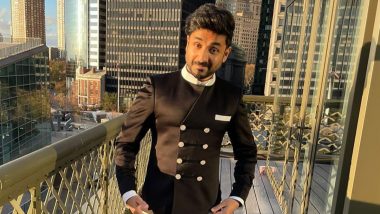 Actor-comedian Vir Das is developing a country music comedy series titled Country Eastern for Fox. As per Variety, Das is attached to co-write and executive produce the project with Sam Laybourne, with Laybourne also attached to serve as showrunner. Vicky Kaushal And Katrina Kaif To Wed On December 9, But Wikipedia Declares The Couple As Husband And Wife Already.

Das might also star in the upcoming project. Andy Samberg, Jorma Taccone, Akiva Schaffer and Ali Bell of Party Over Here will also executive produce along with Reg Tigerman. CBS Studios and Fox Entertainment will produce. Titled Country Eastern, the single-camera show has received a script commitment with a penalty attached. Google Year In Search: Jai Bhim, Shershaah, Radhe - Here Are The Top 5 Movies Searched In 2021 In India!.

The show is about a young wealthy man from India who restarts his life in America with his family. While attempting to rebuild their lives in Memphis, Tennessee, he decides to pursue his passion and become a country music singer. Only problem: he's shit. Total shit. He's going to have to gain some life experience in the States if he wants to have something real to sing about.

This would mark Das' first US series lead and his second series regular role following his stint on ABC's spy dramedy 'Whiskey Cavalier'. Das also created, executive produced and starred in the Netflix Indian dark comedy series 'Hasmukh'. Das will next be seen in the Judd Apatow film 'The Bubble'. Das was the first comedian from India to have his own Netflix comedy special, and he has since released four specials at the streamer in five years.

His American TV credits include 'Whiskey Cavalier' and 'Fresh Off the Boat'. Das, who has performed stand-up on six continents, has been making headlines with provocative material at a recent DC show. His Manic Man World Tour has set February-April, 2022 dates in the US and Canada.