The researchers noted differences between the two groups regarding insurance status, cancer stage at the time of diagnosis, and other factors, but cancer recurrence and mortality rates were similar. 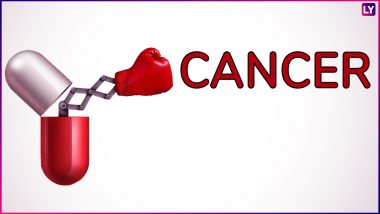 Washington D.C., August 10: Although sociodemographic factors have been associated with poor outcomes for patients treated for testicular cancer, guideline-directed, expert care can help to address this issue, suggest the findings of recent research. The findings are published early online in CANCER, a peer-reviewed journal of the American Cancer Society (ACS).

Numerous barriers to optimal treatment for testicular cancer exist in underserved populations, such as individuals from ethnic minorities and lower socioeconomic strata. A team led by Aditya Bagrodia, MD, of the University of Texas Southwestern Medical Center in Dallas, examined whether standardised care may help to overcome these barriers and lead to better health outcomes. Immunotherapy Safe for Patients With COVID-19, Cancer: Study.

For the study, the medical records of all patients undergoing treatment for testicular cancer from 2006 to 2018 were analysed from both the safety net hospital and the academic centre. A total of 106 patients received care at the safety net hospital, and 95 were treated at the academic centre. The researchers noted differences between the two groups regarding insurance status, cancer stage at the time of diagnosis, and other factors, but cancer recurrence and mortality rates were similar.

"Despite stark differences in patient demographics that are usually associated with worse clinical outcomes--including lack of health insurance, delayed presentation, lack of primary care physicians, and minority ethnicity status--we found that standardized care with a multidisciplinary team led to no differences in the way patients were managed and equivalent clinical outcomes," said Dr. Bagrodia. "This study illustrates that standardised, expert care can overcome factors generally associated with worse clinical outcomes."