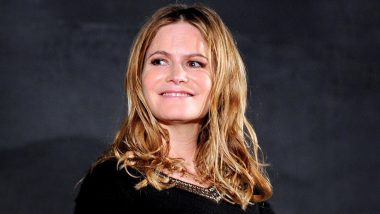 Actor Jennifer Jason Leigh has been roped in to play a Nazi hunter in the upcoming second season of Amazon Prime Video's hit series Hunters.

According to Deadline, Leign will play the role of Chava, a top Nazi hunter alongside returning stars Logan Lerman and Jerrika Hinton. The conspiracy thriller drama series is created by David Weil and executive produced by filmmaker Jordan Peele. Hunters Trailer: Al Pacino Leads a Team to Take Down the Nazis of New York in His Debut Web-Series (Watch Video).

The plot for season two is being kept under wraps and there is no clarity if Hollywood star Al Pacino will be returning. The first season followed a diverse band of Nazi hunters living in 1977 New York City. The Hunters, as they're known, have discovered that hundreds of high-ranking Nazi officials are living among us and conspiring to create a Fourth Reich in the United States.Hunters Review: Al Pacino's Amazon Prime Series on Nazi Hunters is a Poorly Executed Genre-Hopping Ride From Being a Revenge Drama to a Black Comedy.