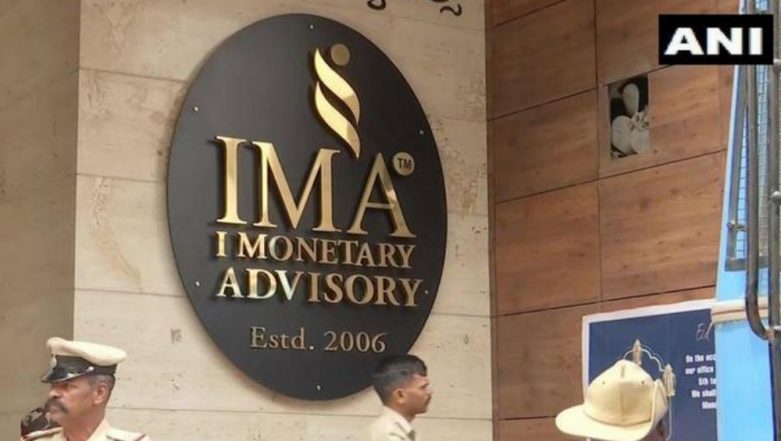 Bengaluru, Jun 20: The ED has summoned Mohammed Mansoor Khan, the owner of IMA Jewels, for questioning in connection with its money laundering probe into the alleged ponzi scam perpetrated by his group that is said to have duped thousands of investors, officials said Thursday.

They said Khan has been asked to depose before the investigating officer in the case at the central agency's zonal office here on June 24.  The agency wants to question and record his statement under the Prevention of Money Laundering Act (PMLA), under which a probe is underway in the alleged ponzi and investment fraud scam, the officials said. IMA Jewels Scam: Absconding Owner Mohammed Mansoor Khan's Viral Audio Clip Leaves Investors In Lurch.

While Khan is said to be absconding, with reports suggesting that he has crossed the Indian borders, the agency wants to give him a "fair chance" to present his side, they said.

The ED has already sought permission from a court to interrogate the seven directors of the firm arrested by the Karnataka Police, they added.  The central agency has recently filed a case of money laundering in this case which is said to have left thousands of gullible investors in the lurch.

It has taken cognisance of a complaint registered by the Karnataka Police and the subsequent creation of a special investigation team (SIT) to probe the alleged fraud.

The agency is now gathering documents in the case and is looking for possible assets of the accused for attachment under the PMLA and also obtain an Interpol arrest warrant against Khan.

The SIT has already sought the CBI's help in obtaining an Interpol red corner notice against him. The team also raided the IMA Jewels showroom at Jayanagar here and seized 43 kg gold, worth Rs 13 crore, 5,864 carat of diamond, worth Rs 17.6 crore, 520 kg silver, worth Rs 1.5 crore, and precious gems worth Rs 1.5 crore.  It also raided the office of the company and the premises of the third divorced wife of Khan, Tabassum Bano, and found 1.5 kg of gold, 1.5 kg silver and Rs 2.69 lakh cash.

It said the SIT has identified 26 immovable properties, including commercial buildings, land, school property and apartments, which are said to be of Khan.

Karnataka Chief Minister H D Kumaraswamy has asserted that his government would bring to book the perpetrators of the ponzi scheme fraud, irrespective of how influential they were.

It is feared that the size of the scam is around Rs 5,000 crore, with more than 30,000 people cheated by the ponzi scheme floating company. People not only from Bengaluru and Karnataka, but also from Hyderabad, the neighbouring Tamil Nadu and New Delhi are said to have invested in the company.

As many as 26,000 police complaints have been filed by the investors against the 'I Monetary Advisory (IMA) Jewels' store after an audio clip surfaced in which Khan was purportedly heard saying that he is going to commit suicide as he was fed up with corruption. He also alleged that Shivajinagar Congress MLA Roshan Baig took Rs 400 crore from him and was not returning it.

Baig has, however, rubbished the charge, and alleged that his political adversaries had orchestrated the "series of events" to tarnish his character.

Police said that they have received thousands of complaints against IMA Jewels and Khan from investors, who are mainly vendors, small businessmen and from the middle and the lower middle class.

State Home Minsiter M B Patil said that most of the investors in the now-feared defunct group were from the minority community. Since drawing interest is prohibited in Islam, Khan had turned the investors into shareholders and promised to distribute profits from his earnings, he added.