Clarifying that its subsidiary, Hyundai Motor India, is not associated with the distributor in Pakistan, the company said, "We strongly reject the distributor's unauthorized non business related social media activity." 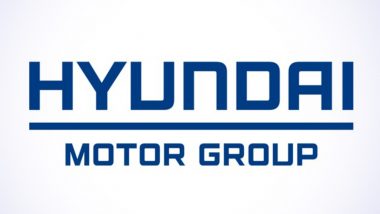 New Delhi, February 8: South Korean auto major Hyundai Motor Company on Tuesday regretted the offense caused to Indians by "unauthorised Kashmir-related social media posts" by its distributor in Pakistan and said the action was against its global policy.

On Sunday Hyundai Motor India had faced backlash on social media, after a dealer of Hyundai in Pakistan posted a message supporting separatists in Kashmir, and #BoycottHyundai trended on Twitter in India with many people asking to stop buying the company's products in the country.

A twitter account of a Hyundai dealer in Pakistan with handle @hyundaiPakistanOfficial had posted a message supporting Kashmir Solidarity Day, supporting what it called as "struggle for freedom". Hyundai India Issues Another Statement as Anger Over Kashmir Post Boils Over.

"As a business policy, Hyundai Motor Company does not comment on political or religious issues in any specific region. Therefore it is clearly against the Hyundai Motor's policy that the independently owned distributor in Pakistan made unauthorized Kashmir related social media posts from their own accounts," the company said in a statement posted on social media.

Stressing that Hyundai Motor Company has been investing in India for many decades and "remains strongly committed to Indian customers", it said, "We deeply regret any offense caused to the people of India by this unofficial social media activity."

The company further said once the situation was brought to its attention, it made the distributor acutely aware of the "inappropriateness of the action".

"We have since taken measures to ensure the distributor which misused the Hyundai brand identity has removed the social media posts and we have put in place processes to prevent a future recurrence," the statement said.

Clarifying that its subsidiary, Hyundai Motor India, is not associated with the distributor in Pakistan, the company said, "We strongly reject the distributor's unauthorized non business related social media activity."

Hyundai Motor India is the second-largest carmaker in the country after Maruti Suzuki India. It currently sells 12 models, including Creta and Venue in the domestic market.

In December last year, the automaker announced plans to invest around Rs 4,000 crore to drive in around six electric vehicles in India by 2028. It is planning to roll out a mix of models based on its existing range as well as completely new vehicles based on its global platform 'E-GMP' over the next few years. Delhi Based Lawyer Filed Complaint to MCA, Police Against Hyundai, Kia, KFC, Pizza Hut Over Their Post on Kashmir Issue.

Established in 1967, Hyundai Motor Company is present in over 200 countries with more than 1.2 lakh employees. On Monday, Quick Service Restaurant (QSR) chain KFC apologised following outrage on social media over a post from its Pakistan-based franchise supporting separatists in Kashmir.

Similarly, another QSR chain Pizza Hut also issued a statement saying "it does not condone, support or agree with the contents of a post circulating in social media" after facing backlash over an Instagram post on Kashmir by its official handle in Pakistan.