He told the Assembly that so far 20 people were arrested in connection with Kodakara black money case. 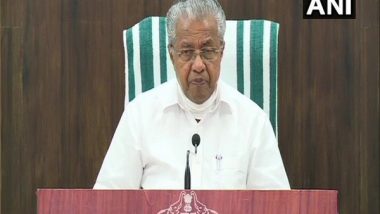 Chief Minister's criticised the centre while replying to an adjournment motion moved by Congress on black money case in Kodakara in which BJP leaders were also questioned. He told the Assembly that so far 20 people were arrested in connection with Kodakara black money case.

"When the note ban was implemented on November 8, 2016, the central government told the people that it was a step to curtail counterfeiting. The central government said at that time that it will eventually help to curb black money. But it is going to be 5 years after the ban. We need to examine what else has been achieved through the demonetisation, other than sowing a lot of disaster for the unorganized sector and the common man," Vijayan alleged.

He further called out the Centre and said that the involvement of black money in elections is a subversion of democracy. "The Central Government has enacted legislation to issue electoral bonds in a manner that mocks the demand for transparency in the funding of political parties from many quarters. The legislation only helps in the flow of black money flows during the election," he alleged.

"During the 2014 elections, the BJP claimed that black money parked abroad would be found and brought back to the country and that the common man would get a benefit of Rs 15 lakh per person. BJP had promised to bring back black money from abroad within 100 days of coming to power. To date, the BJP government at the Centre has not been willing to tell the people how much black money has been recovered. It is not known if anyone received a penny from the money returned," said the Chief Minister.

Chief Minister also said that during the second UPA government in 2011, three agencies were tasked with assessing the level of black money in India and submitting proposals but the reports are yet be made public.

"The three reports by three agencies - National Institute of Public Finance and Policy, the National Council for Applied Economic Research, and the National Institute of Financial Management have been submitted to the Central Government. The first report was submitted on December 30, 2013, during the second UPA government. The other two reports were submitted during the first NDA government between July 18, 2014 and August 21, 2014. The Central Government till now is yet to put all these three reports in the public domain. Lack of transparency requires no further example.

According to press reports, the main reason for the non-release of the report is the finding that the level of black money in the economy has skyrocketed," he added.