Appealing for peace and constant dialogue between Russia and Ukraine to resolve the ongoing war, Prime Minister Narendra Modi on Thursday explained the reason for India taking a neutral stand in the conflict. 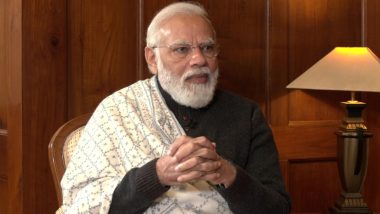 New Delhi, March 10: Appealing for peace and constant dialogue between Russia and Ukraine to resolve the ongoing war, Prime Minister Narendra Modi on Thursday explained the reason for India taking a neutral stand in the conflict.

"India has a connection with countries involved in the war - economically, security-wise, education-wise and politically as well. India's several needs are connected to these countries," said PM Modi while giving a victory speech to his party workers in Bharatiya Janta Party (BJP) headquarters in New Delhi.

BJP is poised to return to power with a comfortable majority for an unprecedented second term in Uttar Pradesh, Goa, Manipur and Uttarakhand.

While explaining India's neutrality in the Russia-Ukraine war, PM Modi said that India has links with both nations and appeals for peace and constant dialogue.

"The ongoing war is affecting every country across the world. India is on side of peace and hopes that all problems are resolved with deliberations," said the PM.

India along with China and UAE had last week abstained from a US-sponsored resolution against Russia's military actions in Ukraine. Moscow used its veto against the resolution.

He also slammed the opposition for trying to regionalize Operation Ganga to evacuate stranded Indian citizens from Ukraine.

"These people also tried to regionalize Operation Ganga. These people have given a different colour of regionalism and communalism to every scheme - it is a major worry for India's future," said PM Modi.

The Ministry of External Affairs had deployed more than 50 of its Russian speaking officials to execute Operation Ganga in Ukraine. A special team led by a joint secretary to take on-ground decisions vis-a-vis evacuation inside war-torn Ukraine also flew from New Delhi.

Nearly 22,000 Indians, mainly students, have already been evacuated including from the most active dangerous zones like Kharkiv and Sumy in Ukraine.

When the war broke out, idea was to strengthen the embassy in Kyiv. The first additional MEA team reached Ukraine on February 22. After that, it was a real challenge to flow in personnel, said an official familiar with the developments.

MEA described Operation Ganga as a rare evacuation from the active conflict zone. A 24/7 war room with almost 100 staff members was also activated.

"It is unfortunate that even when thousands of Indian students, Indian citizens were stranded in Ukraine, there was talk of breaking the morale of the country," said the Prime Minister.

He also lauded the efforts of India's vaccination drive and hit out at those who questioned the COVID-19 vaccination programme.

"Today I want to share some of my concerns. Common people are involved in the development of the country but some people are lowering the level of politics. The world praised our vaccination program but some questioned our COVID-19 vaccines," said PM Modi.