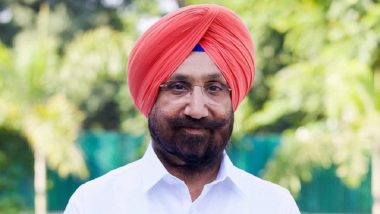 His statement comes after he denied of initiating any probe to ascertain if Pakistani journalist Aroosa Alam, who has been visiting former Chief Minister Captain Amarinder Singh for several years, has links with the ISI.

Speaking to media personnel in the national capital on Friday, Randhawa said, "There isn't any enquiry in the matter. He is taken it in the wrong way. I think this is his own fear. I had recently asked the question regarding Amarinder Singh's link with the ISI agent. Particularly his name was taken. At that time I had said that if there would be something we will see to it."

"Secondly, Amarinder Singh, who has been a Chief Minister, must know that the matters related to foreigners are investigated by the RAW and not by the state government. I don't know why he is so scared," he added.

Randhawa was in the national capital to meet the Congress leadership. "They're (Capt Amarinder Singh) now saying that there's a threat from ISI. We'll look into the woman's connection with it (ISI). Capt kept raising drones issue coming from Pakistan for last 4.5 years," Randhawa had earlier said.

"So Captain first raised this issue and later got BSF deployed in Punjab. We will ask DGP to look into this matter," he added.

He also referred to the Centre's move to empower the Border Security Force (BSF) to conduct searches, arrest suspects and make seizures up to an area of 50 km inside Indian territory from the International Border (IB) along India-Pakistan borders.

Randhawa said the state government has written to Prime Minister Narendra Modi over the issue.

Randhawa said Aroosa's visa was extended from time to time.