Maharashtra Chief Minister Uddhav Thackeray on Friday announced ex-gratia of 5 lakh each for the kin of those who lost their lives in the landslides caused by torrential rainfall in various parts of the state.According to the Chief Minister's Office (CMO), the state will also incur the costs of treatment for those injured. 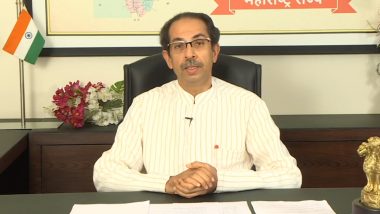 Earlier, Thackeray informed that around 35 people have lost their lives due to incessant rain-triggered landslides in the Raigad district of the state and said that rescue operations are underway. After taking stock of the situation, Uddhav Thackeray told reporters, "Due to landslides in Talai village, Raigad around 35 people have lost their lives. Rescue operation is underway at many places. I have ordered the evacuation and relocation of people who are living in areas where there is a possibility of landslide." Raigad Landslides: At Least 32 Bodies Recovered, Many Feared Trapped, Says NDRF Official.

"NDRF and other rescue teams are facing problems reaching to the flood-affected areas in Chiplun as the roads and bridges are damaged. The situation remains tense", said the Chief Minister. Several areas in Maharashtra have been battered by rain over the past few days. The Chief Minister was informed about the flood situation in Mahad by the Raigad District Collector.Meanwhile, Prime Minister Narendra had also announced ex gratia of Rs 2 lakh each for the next of kin of the deceased. (ANI)