Lucknow Police started an investigation into the death of a Thai woman due to COVID-19 while undergoing treatment here at a hospital, an official said on Sunday. 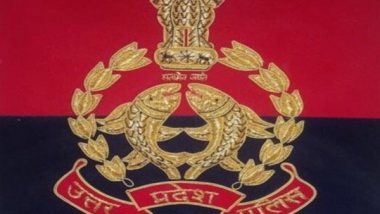 Lucknow, May 10: Lucknow Police started an investigation into the death of a Thai woman due to COVID-19 while undergoing treatment here at a hospital, an official said on Sunday.

The investigation is being headed by Deputy Commissioner of Police (East) Sanjeev Suman.

"Police has constituted a team under Deputy Commissioner of Police (East) to investigate the death of a Thai woman due to COVID. People concerned are being questioned. Action will be taken on the basis of outcomes of the probe," Lucknow Police said. Uttar Pradesh: Woman Given Two Doses of COVID-19 Vaccine, DM Orders Inquiry into Negligence.

The 41-year-old Thai woman was undergoing treatment in a COVID ward at a Lucknow hospital where she died on May 3.

Meanwhile, some opposition leaders in Uttar Pradesh alleged that the woman was brought to India by the son of BJP MP Sanjay Seth. Samajwadi Party spokesperson IP Singh took Twitter demanding a CBI probe of the death of the Thai national.

"This is a matter of international concern. CCTV video of the hotel where the girl stayed must be presented. I demand a CBI investigation on Thai girl's death in Lucknow. BJP MP Sanjay Seth's son has serious allegations. Amidst the ongoing pandemic, a call girl was brought from Thailand, who has now died from COVID. Does Uttar Pradesh Police have the courage to take action and investigate the matter?" he tweeted.

BJP Rajya Sabha MP Sanjay Seth refuted all the allegations on his son.

Seth also wrote to the Lucknow Police Commissioner on Sunday, demanding a probe into social media posts involving his son in connection with the death of a Thai woman in Lucknow. He called the allegations "concocted, fake and malicious".