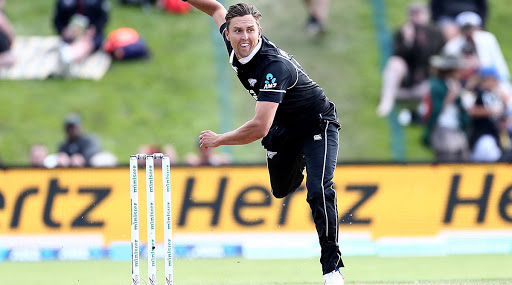 Wellington, January 16: New Zealand on Thursday recalled medium pacer Hamish Bennett into the national team after more than two-and-half years as injury ruled out Trent Boult and Lockie Ferguson from the upcoming Twenty20 series against India. The 32-year-old strapping fast bowler was earlier a regular in the New Zealand ODI squad and also played in the 2011 World Cup. He has featured in 16 ODIs, picking up 27 wickets at a strike rate of 26.5, but has played only four matches since 2011. Bennett, who has also featured in a lone Test, last played an ODI in May 2017 against Bangladesh. Rohit Sharma Returns in India’s 16-Men Squad for New Zealand T20Is, Sanju Samson Left Out.

He, however, has never played a T20 International but his form in domestic cricket over the past few seasons has forced New Zealand's selection committee to call him back to give impetus to the pace attack, which has been weakened by injuries. "Over the past few seasons he is consistently been one of the top domestic white-ball bowlers and we've been impressed how he has been able to evolve his game," New Zealand selector Gavin Larsen said. "We all know he brings good pace and bounce but it's the clever variations he has added that make him such a well-rounded T20 bowler." With Boult and Ferguson still recovering from the injuries suffered during the Test tour of Australia, Bennett will have veteran Tim Southee, Blair Tickner, Scptt Kuggeleijn to partner him in the pace attack while Ish Sodhi and Mitchell Santner will shoulder the responsibility of the spin department.

New Zealand's fast bowling department has been hit hard by injuries as Matt Henry, Doug Bracewell and Adam Milne have also been sidelined. Kane Williamson will lead the 14-member squad that also includes experienced campaigners like Martin Guptill, Ross Taylor, Colin Munro and Colin de Grandhomme. India are set to tour New Zealand for a full series starting later this month. The tour will start with a five-match T20 series starting in Auckland on January 24, followed by three ODIs and two Test matches.