Chandrayaan 2 Heartbreak: No Failure in Science, ISRO will Give India Many Reasons to Smile in Future, Says PM Narendra Modi 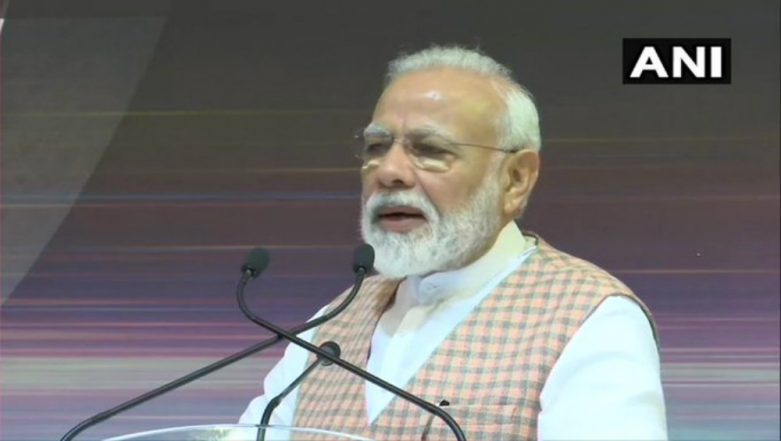 Bengaluru, September 7: Prime Minister Narendra Modi on Saturday asserted that there is no failure in science and voiced confidence that ISRO will give India many reasons to smile in the future. The Prime Minister's speech comes hours after Indian Space Research Organisations (ISRO) announced that they had lost communication with Chandrayaan's lander, Vikram, minutes before its soft landing on the surface of the moon.

During his interaction with the ISRO scientists, he said, "There will be a new dawn and a brighter tomorrow very soon. There is no failure in science, only experiment and efforts."Praising the efforts put by them for 'Chandryaan-2', the Prime Minister said, "Today I can proudly say that the effort was worth it and so was the journey. Our team worked hard, travelled far and these very teachings will remain with us. The learning from today will make us stronger and better. Chandrayaan 2 Moon Landing: Be Courageous, You Have Made India Proud, Says PM Narendra Modi Tells ISRO Scientists.

"In our illustrious history, we have faced moments that may have slowed us but they have never crushed our spirit. We have bounced back again and gone on to do spectacular things. This is the reason why our civilisation stands tall," he added. Saying that he could feel the "state of mind" of the scientists, he said, "Your eyes were conveying a lot. You live for India's honour, I salute you. For the last few hours, the entire nation was worried. Everyone stands in solidarity with our scientists. We are proud of our space program. Today our resolve to touch the moon has grown even stronger."