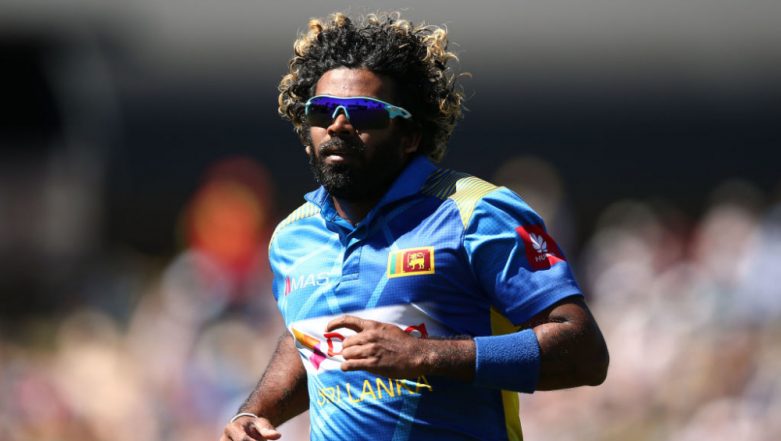 Mumbai, March 26: Changing its stance, Sri Lanka Cricket (SLC) on Tuesday released Lasith Malinga for IPL, saying the fast bowler will get to bowl against better batsmen in the Twenty20 league. Malinga, who is one of the key pacers for Mumbai Indians, had initially made himself unavailable for the team's first six matches as he was supposed to participate in Sri Lanka's Super Provincial One-Day domestic tournament, scheduled for April 4-11.

SLC had said competing in the ODI event was a must to be in World Cup reckoning. But SLC released a statement on its official Twitter handle, saying the fast bowler can now play in IPL. "SLC decided to give permission to Lasith Malinga to play in the ongoing IPL. The management decided to release Malinga from participating in the Super Provincial; since he would get an opportunity to play with much stronger opposition in IPL;which consist of international players," the statement read. IPL 2019: Lasith Malinga Unavailable for Mumbai Indians' First Six Matches, Pacer to Participate in Sri Lanka's Domestic Tournament.

It has also been reported that BCCI made a few calls to SLC officials to secure the release of the bowler. Earlier Mumbai Indians head coach Mahela Jayawardene had said that communication was on with the Sri Lanka Cricket. "If you read the entire thing, the tournament (in Sri Lanka) is for four or five days in April. When we got into the auction, Sri Lanka cricket gave us his availability schedule and that tournament wasn't a part of that. Lasith Malinga Likely to Play in Mumbai Indian's Next Two Games in VIVO IPL 2019.

"So there is a conversation to be made and once we get through that conversation we will let you know what exactly is happening. But it is way too early for us to comment on that saying he is going to available or whatever," he had said.