Titled The Witcher: Blood Origin, the show will expand the universe of the original fantasy series, headlined by Henry Cavill. 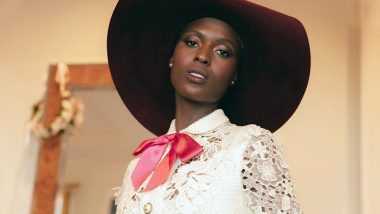 British star Jodie Turner-Smith has exited Netflix's prequel series to The Witcher. Titled The Witcher: Blood Origin, the show will expand the universe of the original fantasy series, headlined by Henry Cavill. Turner-Smith, who was cast as one of the leads, a warrior named Eile, left the project over scheduling issues, reported Variety. The Witcher Season 2: Its a Wrap for Henry Cavill’s Netflix Show After 115 Days of Shooting (Watch Video).

"Due to a change in the production schedule for The Witcher: Blood Origin limited series, unfortunately Jodie Turner-Smith will no longer be able to continue on in the role of Eile," a Netflix spokesperson said. Blood Origin will be set in an elven world 1,200 years before the world of The Witcher and will tell the origin story of the first Witcher and the events that led to the "conjunction of the spheres," when the worlds of monsters, men and elves merged to become one. Without Remorse: Fleabag Star Brett Gelman Joins Michael B Jordan for Jack Ryan Spin-Off Movie.

The character of Eile, which will now be recast, was described as an elite warrior blessed with the voice of a goddess, who has left her clan and position as Queen's guardian to follow her heart as a nomadic musician. A grand reckoning on the continent forces her to return to the way of the blade in her quest for vengeance and redemption.

Recently, Vikings star Laurence O'Fuarain was cast in the show for the role Fjall. Declan de Barra will serve as the showrunner and executive producer.

Lauren Schmidt Hissrich, who is the showrunner on The Witcher series, is attached as the executive producer on the prequel.