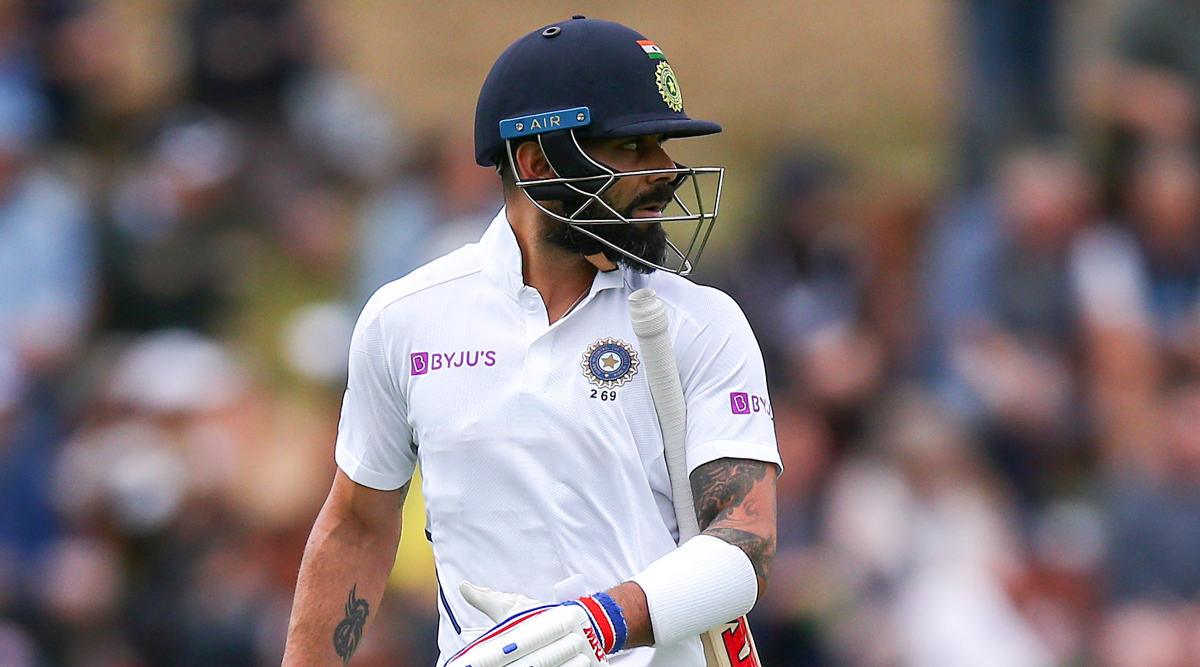 Virat Kohli walks off the field after being dismissed. (Photo Credits: Getty Images)

Wellington, Feb 21 India's top-order failed the seam and swing test as New Zealand reduced the visitors to 79 for 3 at lunch on the opening day of the first Test here on Friday. Prithvi Shaw (16 off 18 balls), Cheteshwar Pujara (11 off 42 balls) and skipper Virat Kohli (2 off 7 balls) were back in the pavilion with debutant Kyle Jamieson (2/20 in 6 overs) keeping up the pressure after Tim Southee (1/19 in 8 overs) and Trent Boult (0/36 in 8 overs) bowled a probing first spell. India vs New Zealand 1st Test 2020 Live Score Updates.

Once New Zealand captain Kane Williamson called the toss of the coin right under overcast conditions, it was a challenge for the Indian batsmen. Young Shaw clipped one off Boult and also hit an uppish square cut to get two quick boundaries. But his loose technique and propensity to close his bat face was always going to cost him dearly.

Southee bowled one that looked like angling in and Shaw closed the bat face as the ball moved a shade away after pitching, brushing his pad and then the off-stump. The batsman had a dazed look knowing that his technique was thoroughly exposed on a seamer-friendly track.

Pujara was ready to show a lot of patience as he started leaving deliveries outside the off-stump. However, Jamieson, coming in as the second change, bowled his back of length delivery on the off-middle channel. Pujara had no option but to jab at the rising delivery which kissed the outside edge of his bat and was taken by wicketkeeper BJ Watling.

A lot of hope were pinned on skipper Kohli but a smart ploy by Jamieson brought about the downfall of the Indian captain. Kohli was playing Jamieson for the disconcerting bounce that he generated from back of the length but in between, he decided to slip one fuller delivery on the fourth stump channel.

Kohli lunged into the drive and the thickish edge was taken by the '100th Test man' Ross Taylor standing at the first slip.

Agarwal, however, showed composure and once the first 90 minutes were over, he did attack Boult in his second spell with a lovely on-drive and a cover drive to get the scoreboard moving. Rahane also survived a few anxious moments during the 39-run stand going into the lunch break.