Get latest articles and stories on World at LatestLY. Calling for immediate action regarding the enforced disappearances of women and children in Balochistan over the past many years, a Baloch activist, has written a letter to more than 23 international human rights organizations. 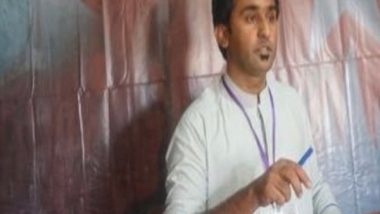 Quetta [Balochistan], May 13 (ANI): Calling for immediate action regarding the enforced disappearances of women and children in Balochistan over the past many years, a Baloch activist, has written a letter to more than 23 international human rights organizations.

He mentioned in his letter the recent enforced disappearance of women and children from Gichk which took place on April 22, 2022. Pakistani security forces raided a house and forcibly disappeared a man identified as Haroon Baloch along with two women: Shah Bibi and Shahzadi and a six-day-old baby from Karke-e-Dall, Gichk Panjgur, Balochistan following the "collective punishment" policy.

"For the last two decades, Balochistan is facing the worst human rights violations. As a result of collective punishment, Baloch masses are being victimized on a daily basis by Pakistani security forces," Baloch said in his letter.

Noor further said that Enforced disappearances, mutilated dead bodies and the discovery of mass graves are a series of alarming human rights violations in Balochistan. Instead of playing a proper and practical role, the response of International human rights organizations to these brutalities is reduced to mere statements. The alarming situation of enforced disappearances is a major crisis in Balochistan today.

Baloch National Movement is a political party struggling for the rights and sovereignty of the Baloch people in Balochistan.

"It has exposed Pakistani atrocities on different platforms. As a result of exposing these human rights abuses, so far, a number of its members became victims of enforced disappearances. Now the families of our members and leaders are subjected to these atrocities," Nazir Noor added.

A recent report unveiled by the US revealed that over 8000 people were missing in the country during 2021 including 1,200 missing in Sindh province in the last six months. (ANI)