World News | Belarus to Create Militias to Beef Up Defense

Get latest articles and stories on World at LatestLY. Belarus plans to create militias to increase the number of defenders for the country, Defense Minister Viktor Khrenin said on Friday. 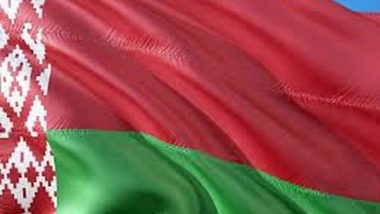 Minsk [Belarus], May 28 (ANI/Xinhua): Belarus plans to create militias to increase the number of defenders for the country, Defense Minister Viktor Khrenin said on Friday.

At an annual assembly for national security and defence training, the minister said Belarusian President Alexander Lukashenko had given the order to create militias, according to the Belarus 1 TV channel.

Vladimir Karanik, chairman of the Grodno Regional Executive Committee, said militias can defend important objects, freeing the army from these functions and allowing the army to carry out combat missions.

The annual assembly of Military Security and State Defense was held Friday, with participants such as chairmen of executive committees and regional military commissars of the country.

According to the press service of the Belarusian Ministry of Defense, samples of weapons and special equipment in service with Belarusian troops were demonstrated at the assembly, which was held to make participants know better about military operations in modern armed conflicts. (ANI/Xinhua)