The American photography company Kodak has deleted an Instagram post featuring images of Xinjiang, taken by a French photographer who described the region as an "Orwellian dystopia." 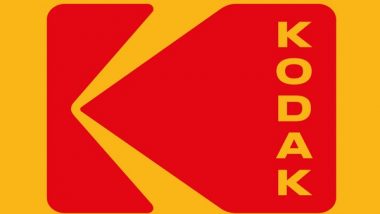 Beijing [China], July 21 (ANI): The American photography company Kodak has deleted an Instagram post featuring images of Xinjiang, taken by a French photographer who described the region as an "Orwellian dystopia."

The deleted post was taken from French documentary photographer Patrick Wack's new collection of images captured in China's northwestern region from 2016 to 2020.

Earlier this month, in a post on his own Instagram page, Wack had referred to the detention of Uyghur Muslims. "In recent years, the region has been at the center of an international outcry following the mass-incarceration of its Uyghur population and other Muslim minorities," his post announcing the pre-sale of his book read, reported Hong Kong Free Press (HKFP).

"This body of work captures a visual narrative of the region and is a testimony to its abrupt descent into an Orwellian dystopia," the post added.

In addition to deleting the post, HKFP reported, Kodak issued a statement on Tuesday saying, "Content from the photographer Patrick Wack was recently posted on this Instagram page. The content of the post was provided by the photographer and was not authored by Kodak."

In recent months, several US companies including H&M and Nike came under tremendous pressure after they said that they were concerned about allegations that forced labour has been used to produce cotton in Xinjiang.

Chinese media had called for Chinese boycotts of Swedish multinational retailer H&M, sports apparel powerhouses Nike and Adidas; New Balance; Burberry and other members of the Better Cotton Initiative (BCI) that have voiced concerns or pledged not to use supply chain components produced in Xinjiang.

China has been rebuked globally for cracking down on Uyghur Muslims by sending them to mass detention camps, interfering in their religious activities and sending members of the community to undergo some form of forcible re-education or indoctrination. (ANI)