North Korean leader Kim Jong-un on Sunday took a "maximum emergency system" decision after a defector returned from the South with coronavirus symptoms. 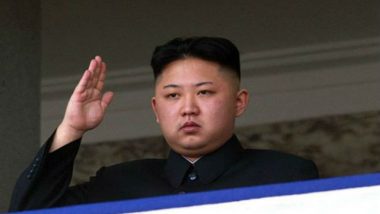 "To tackle the present situation, he declared a state of emergency in the relevant area and clarified the determination of the party central committee to shift from the state emergency anti-epidemic system to the maximum emergency system and issue a top-class alert," the KCNA reported.

"All the persons in Kaesong city who contacted that person and those who have been to the city in the last five days are being thoroughly investigated, given a medical examination and put under quarantine," the North's state media said.

"Despite the intense preventive anti-epidemic measures taken in all fields throughout the country and tight closure of all the channels for the last six months, there happened a critical situation in which the vicious virus could be said to have entered the country," Kim was quoted as saying.

In January, North Korea had launched the national emergency system against the COVID-19, shut down its borders and tightened quarantine measures, Yonhap reported.