BMW Motorrad, the German two-wheeler maker, has officially introduced its CE 04 electric scooter. The EV was first showcased in a concept form in 2017. It gets a similar futuristic design as that of its concept. 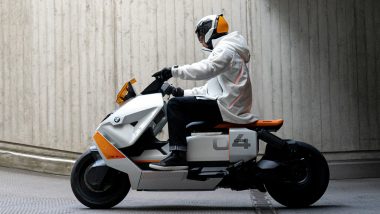 BMW Motorrad, the German two-wheeler maker, has officially introduced its CE 04 electric scooter. The EV was first showcased in a concept form in 2017. It gets a similar futuristic design as that of its concept. The newly unveiled electric scooter features a compact front apron, large side panels and a lean tail section with a bench-like seat. The BMW CE 04 electric scooter will be offered in two colours - white colour with matt black sections and a Magellan grey metallic colour with black/orange seat and an orange wind deflector. BMW X7 M50d ‘Dark Shadow’ Edition Launched in India at Rs 2.02 Crore.

The newly introduced electric scooter gets three riding modes - ECO, Rain and Road. Additionally, it also gets a Dynamic riding mode that enables the scooter to accelerate at an even swifter pace. 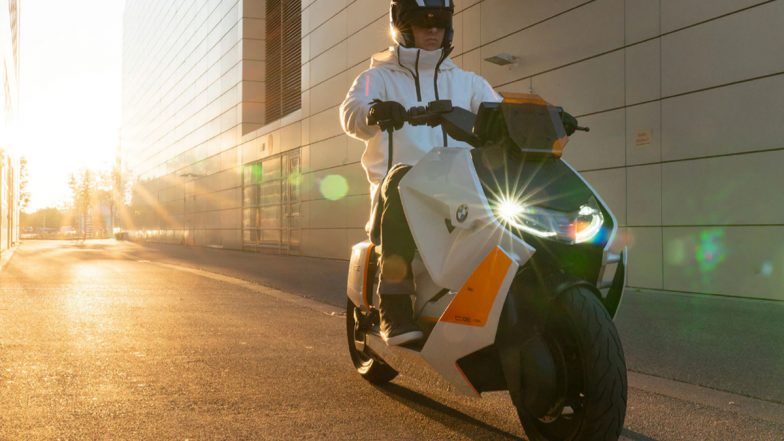 Innovative technology made to experience! The fully-electric BMW CE 04 not only provides a riding range of up to 130 km, but it also charges from 0% to 80% in only 65 minutes with the optional fast charging unit! 🔋#MakeLifeARide #PluggedToLife #BMWMotorrad pic.twitter.com/9o9D8gOCkF

The company claims that the scooter can be fully charged in just 4 hours and 20 minutes. The BMW CE 04 gets a powerful motor with a battery cell capacity of 8.9 kWh offering a range of 130 km on a single charge. It churns out a maximum power output of 31 kW (42 hp). 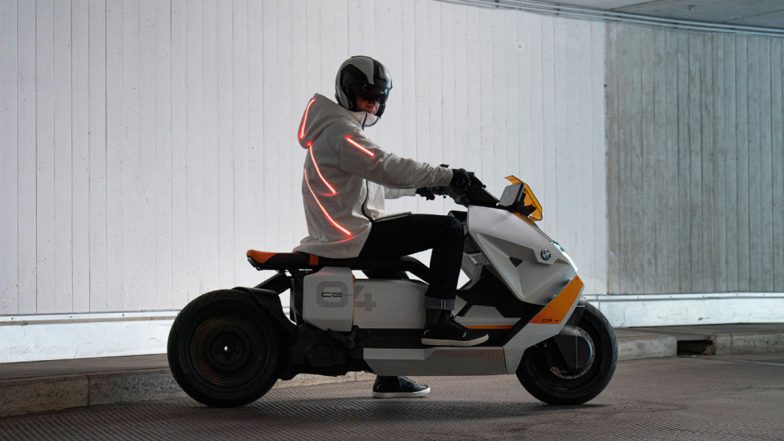 BMW's new electric scooter can clocks a speed from 0 to 50 kmph in just 2.6 seconds. The battery on the EV can be charged with an integrated charging device which could be installed at a regular house socket or public charging station or wallbox. 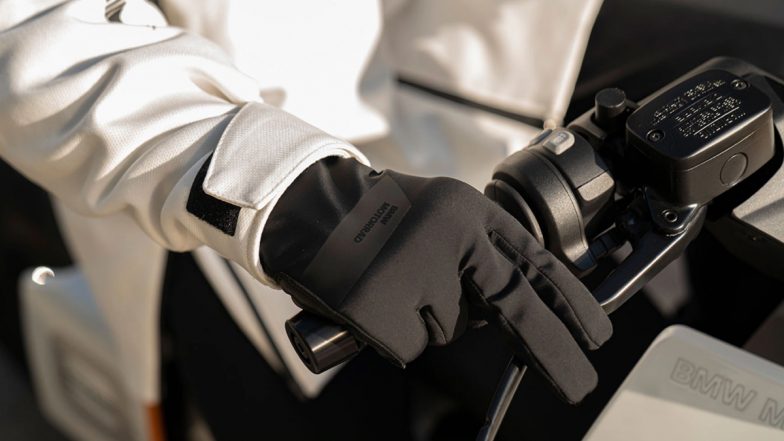 For safety, it gets a powerful brake system with the latest generation ABS. Other features include a mobile phone charging section with a USB-C port, a standard 10.25-inch TFT colour screen display integrated with map navigation, LED technology-based headlamp and rear light, LED indicators and more.

(The above story first appeared on LatestLY on Jul 08, 2021 07:23 PM IST. For more news and updates on politics, world, sports, entertainment and lifestyle, log on to our website latestly.com).