To revamp the transport infrastructure and fuel dependency, the Indian government will be leasing at least 50 electric vehicles for officials with an aim to give a desired push for electric initiative. 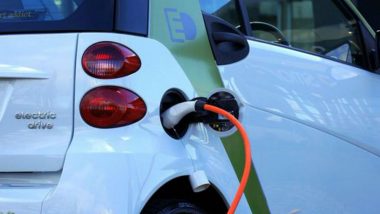 In order to give the much desired push for using electric vehicles, the Indian government will be leasing at least 50 EVs from the Centre-run Energy Efficiency Services Limited (EESL), reports Indian Express. The e-cars from EESL are expected to be leased by the state government for a monthly rental of Rs 25,000 each. The government is stressing pretty much on National Electric Mobility Mission Plan (NEMMP) with an aim to make India a 100% EV nation by the year 2030. The electric cars not only serve as an alternative to huge fuel prices but for alarming air pollution levels. See More: Petrol & Diesel Price Hike: Electric Cars You Can Consider Buying as an Alternative to Rising Fuel Rates in India

Moreover, the government will be replacing the fuel drive vehicles to EVs which are used by senior officials at the state secretariat and public works department (PWD). Foreseeing the need for electric vehicles in the future, the state government is focusing on phasing out all the vehicles running on conventional fuel and replace them with electric cars.

An official announcement about this initiative is likely to be made on May 31 and Shekhar Channe - Maharashtra Transport Commissioner affirmed such e-car development. As part of this special initiative, a charging station for electric vehicles will be set up inside the Mantralaya campus which would less than 10 square feet of space said Deepak Kokate, EESL’s Regional Manager (Maharashtra).

As a fully charged electric vehicles can easily sustain a range up to 120 km, the first batch of the cars will be employed for the officials to travel within the city (Mumbai). The government is also considering similar plans for government offices in Pune and Nagpur. Moreover, EESL has already collaborated with Tata Motors and Mahindra & Mahindra for supplying the e-sedans. Read More: Hyderabad Metro Stations to Have Electric Vehicle Charging Points

(The above story first appeared on LatestLY on May 24, 2018 02:54 PM IST. For more news and updates on politics, world, sports, entertainment and lifestyle, log on to our website latestly.com).