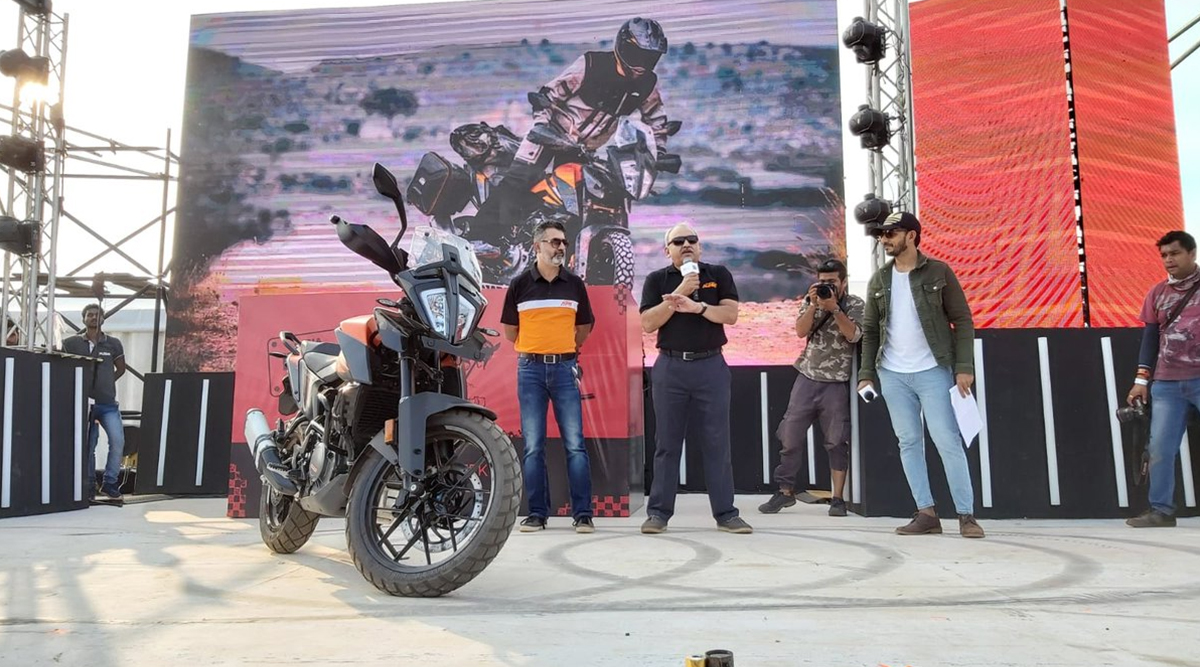 The main underlines of the new 390 Adventure motorcycle are 14-5 litre fuel-tank, knuckle-guards, clear windscreen, split-seat setup and engine sump guard maintaining the adventure appeal of the bike. The new KTM 390 Adventure is based on the 390 Duke naked motorcycle and borrows its powertrain from the latter, which is a 373cc unit. The 373cc, single-cylinder unit is tuned to make 43bhp at 9,000 rpm against 37Nm of peak torque at 7,000 rpm. 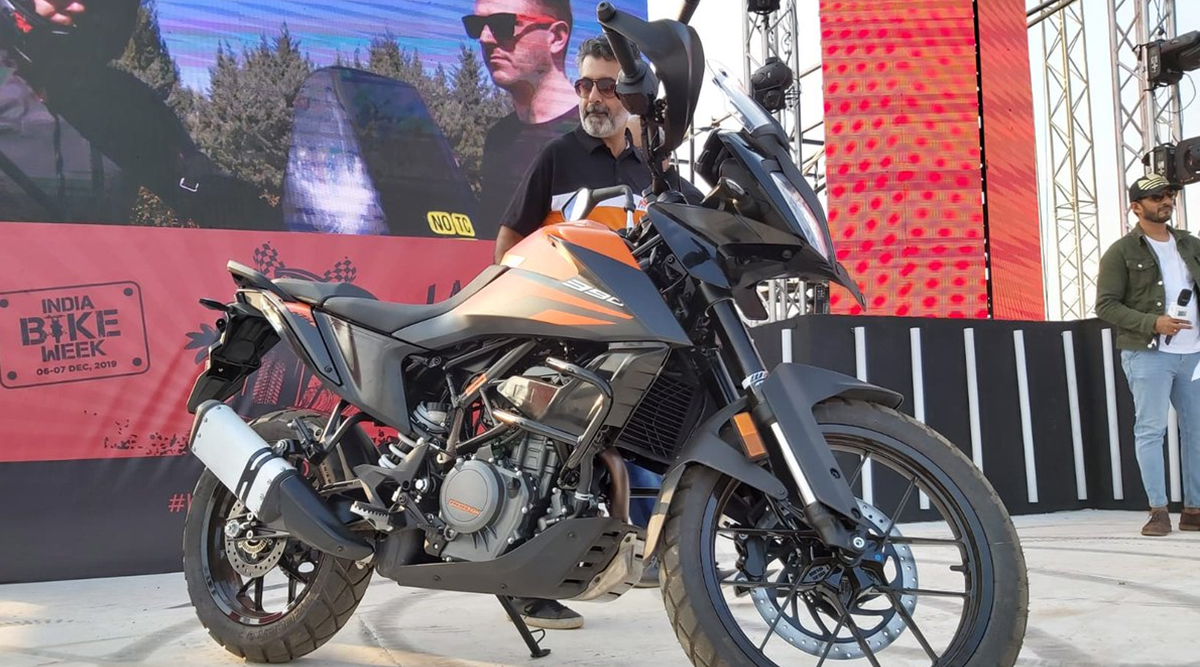 The engine is mated with a six-speed manual gearbox along with the slipper clutch. Moreover, the KTM 390 Adventure motorcycle is also equipped with Bluetooth-enabled TFT screen, a ‘Supermoto’ mode for deactivating ABS (rear wheel) along with a traction control system which is the first-in-class segment. For braking, the company offers 320mm single-disc upfront and a 230mm disc at the back with dual-channel ABS. The suspension duties are carried out by adjustable, inverted forks at the front whereas the rear section gets a preload, rebound adjustable mono-shock. EICMA 2019: KTM 390 Adventure Motorcycle Finally Revealed at Milan Motor Show; India Launch Likely During India Bike Week.

When launched, the newly unveiled KTM 390 Adventure will be pitted against the Royal Enfield Himalayan, BMW G310 GS & Kawasaki Versys 300. The Austrian motorcycle manufacturer is likely to reveal the India prices of the motorcycle soon. We speculate that the KTM 390 Adventure could be priced somewhere around Rs 3.3 lakh (ex-showroom).