Lion Capital in Standoff With Investors

The investment bank’s mission was to raise a continuation fund from secondary market investors. The mission had not been successful in the American market but had – according to sources – recently been relaunched under codename ‘Simba’ on the European market through Lazard’s Paris office. 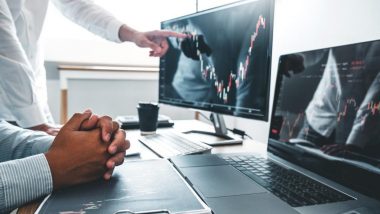 According to sources, the British fund manager has given a mandate to Lazard with the option of raising a continuation fund in which its interests appear in French retailer Picard and American consumer brands consortium ABG

Despite being considered nothing more than a zombie fund by some of its peers, following several setbacks over the course of recent years with regard to its performance, Lion Capital does not seem ready to give up.

According to sources, the British fund – founded sixteen years ago by Lyndon Lea, Robert Darwent and Neil Richardson – has entered into an unprecedented showdown with its investors. The conflict surrounds the management of aspects of the General Partner’s fund, whose closing has been persistently pushed back.

Investors in Lion Capital’s second and third funds are frustrated that despite having invested in Lion’s fund 2 and 3 over a decade ago (14 years for fund 2!), their demands are not being heard. They have impatiently waited to cash out for 10 years, and sources confirmed that Lion’s rejection of at least one attractive offer for its stake in France’s frozen foods leader Picard was the final straw.

So in an attempt to defuse protests from investors stuck in poorly performing funds, in 2018 the GP hired Lazard’s New York office to sketch them a way out.

The investment bank’s mission was to raise a continuation fund from secondary market investors. The mission had not been successful in the American market but had – according to sources – recently been relaunched under codename ‘Simba’ on the European market through Lazard’s Paris office.

The scope of the envisaged secondary transaction involved Picard and ABG. According to someone close to the deal: "Lion Capital is seeking to raise at least 400 million euros, of which at least 250 million would be for Picard… to date, only Glendower Capital has committed to contribute 150 million euros."

Another source explained that this new plan of action was taken badly by Lion’s Limited Partners who, Lion’s management made clear “would not be allowed to sell their holdings, and would to have to make do with working with Glendower Capital, or they’d have to wait three more years before being able to withdraw from the fund”, in a warning tantamount to blackmail.

Indeed the situation is made even more complicated by the fact that at the end of 2023 the purchase option held by the Zouari family, who have held 44.5% of Picard for almost a year, can be activated to buy back the fund’s remaining capital…

And what of the reasons that led Lion’s management taking so long to decide on a course of action? Some might argue this strategy can only be explained by a desire to continue collecting management fees from investors. This is a serious accusation which underlays the profound misalignment of interests between the two parties.

"We are witnessing a last-ditch attempt by Lion Capital, who know they will not be able to raise new funds and are therefore trying to take advantage of their LPs" according to a key player involved.

"The GP, who is known to be aggressive on the debt structures of its holdings, has suffered from a strategy which is overly focused on consumption and retail – when both have been badly affected by the pandemic", one investment banker noted.

In May of this year, the clothing brand ‘John Varvatos’, part of Lion’s fund 3 portfolio, underwent Chapter 11 bankruptcy. The following month, British fashion label ‘All Saints’ (also part of the same Lion portfolio) experienced serious problems and put itself forward for a voluntary company arrangement (a British mechanism which would entitle the company to rent reductions). Similar challenges face French companies that Lion’s invested in.

(The above story first appeared on LatestLY on Dec 08, 2020 06:47 PM IST. For more news and updates on politics, world, sports, entertainment and lifestyle, log on to our website latestly.com).