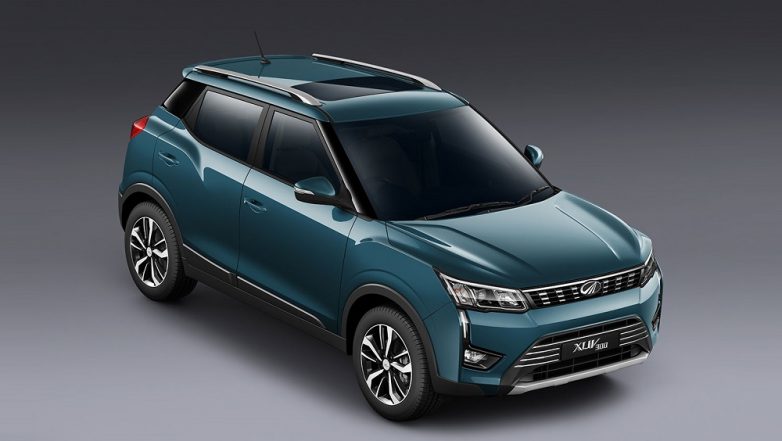 Mahindra, a home-grown auto manufacturer will be revealing the prices for its sub-compact SUV – Mahindra XUV300 today at an event in Mumbai. The Mahindra XUV300 is based on SsangYong Tivoli which will be pitted against Maruti Suzuki Vitara Brezza and Tata Nexon. The sub-compact SUV is built on SsangYong's X100 platform, however, there are some changes featuring new suspension set-up and new steering mechanism. The company has already bagged 4000 bookings ahead of the India launch. Mahindra XUV300 Sub-Compact SUV India Launch Tomorrow; Likely To Be Priced Around 8 Lakh.

Mahindra XUV300 will be launched today at an event in Mumbai, which is scheduled to commence at 12 PM IST onwards. The company will also be broadcasting the launch event on its official XUV300 website and social media handles. You can catch the live streaming here.

Feature-wise, the Mahindra XUV300 will be offered with 7-airbags, parking sensors at the front, dual zone auto AC, ORVMs, multi-functional steering, sunroof, 7-inch infotainment system with Android Auto and Apple CarPlay, all-disc brakes, rain-sensing wipers and much more. For safety, it will also get ABS with EBD and rear parking sensors as standard. Mahindra S201 SUV Officially Christened as Mahindra XUV300; To be Launched in India by February 2019.

Under the hood, the new Mahindra XUV300 will be seen in petrol and diesel avatars. While, the petrol mill will be a 1.2-litre turbo petrol engine, the diesel unit will be a 1.5-litre oil burner. Both the engines will be mated to a 6-speed manual gearbox. However, the company will be introducing an AMT version later on. The sub-compact SUV from Mahindra is likely to be priced from 7 lakh for the base variant while the top-end model could be priced around Rs 12 lakh (All Prices Ex-showroom). When launched, the SUV will be pitted against the likes of Maruti Vitara Brezza, Tata Nexon, Ford EcoSport and Honda WR-V.