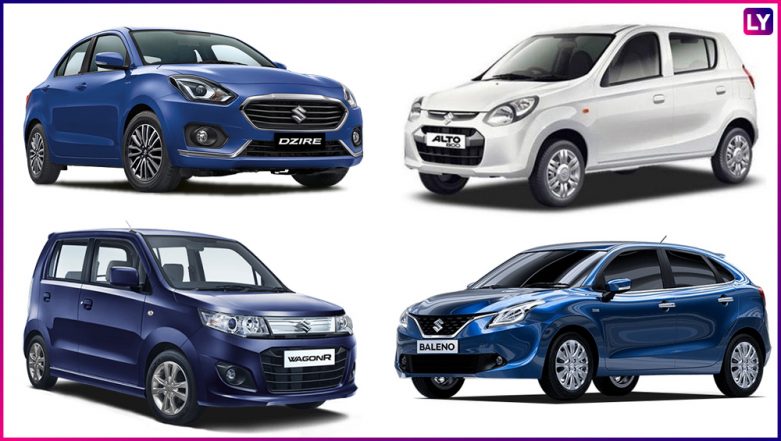 Maruti Suzuki India, country's leading auto manufacturer has officially announced that it will be increasing prices for its car modes by January 2019. The car maker is also offering discount schemes as well as exchange bonuses throughout the month of December on selected models. From 1st January 2019 onwards, the customers purchasing new Maruti cars will have to shed more from their pockets. The Indo-Japanese car maker has mentioned that the price hike is attributed due to higher commodity prices and foreign exchange rates, which will be passed on to customers. New Maruti Suzuki Ertiga 2018 Launched in India; Prices Start From Rs 7.44 Lakh.

However, the car maker hasn't announced exact quantum of price hike. The hike in prices of the car will vary as per the model. Moreover, the range of vehicles in Maruti's product portfolio starts from Alto 800 and goes up to Maruti S-Cross. The small car is priced from Rs 2.53 lakh whereas S-Cross costs Rs 11.45 lakh (ex-showroom). It is believed that the car maker will also be reviving the prices for the newly launched Maruti Ciaz and Maruti Ertiga. Hyundai Santro 2018 vs Maruti Celerio vs Tata Tiago vs Renault Kwid: Price in India, Specifications, Features - Comparison

In a bid to boost year-end sales, the auto manufacturers generally increase prices for their models during the end of the year. The higher input costs as well as exchange rate fluctuation that results into the price hike while the customers defer vehicle purchases in the month of December so as to avoid old-year tag.