Mercedes-Benz EQC Electric SUV To Be Launched in India on October 8, 2020 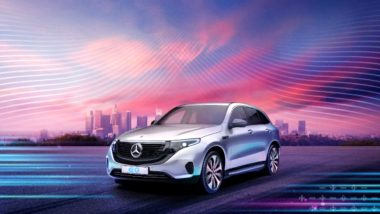 Mercedes-Benz India on Monday officially announced that it will be launchings its first all-electric SUV - EQC in the Indian market next month. The upcoming Mercedes-Benz EQC electric SUV will go on sale in India on October 8, 2020. It will be sold under the EQ brand which is the company's face for EV portfolio worldwide. Also, the EQ brand was officially introduced by the company at this year's Auto Expo in Greater Noida. Mercedes Benz Launches AMG GLE 53 4MATIC+ Coupe at Price of Rs 1.2 Cr.

To be based on the GLC platform, the upcoming EQC will pack features from the top-end Mercedes-Benz GLS. Dubbed as India's first luxury EV, it is likely to be priced in the country in the range of Rs 1 crore to Rs. 1.2 crore (ex-showroom, India). 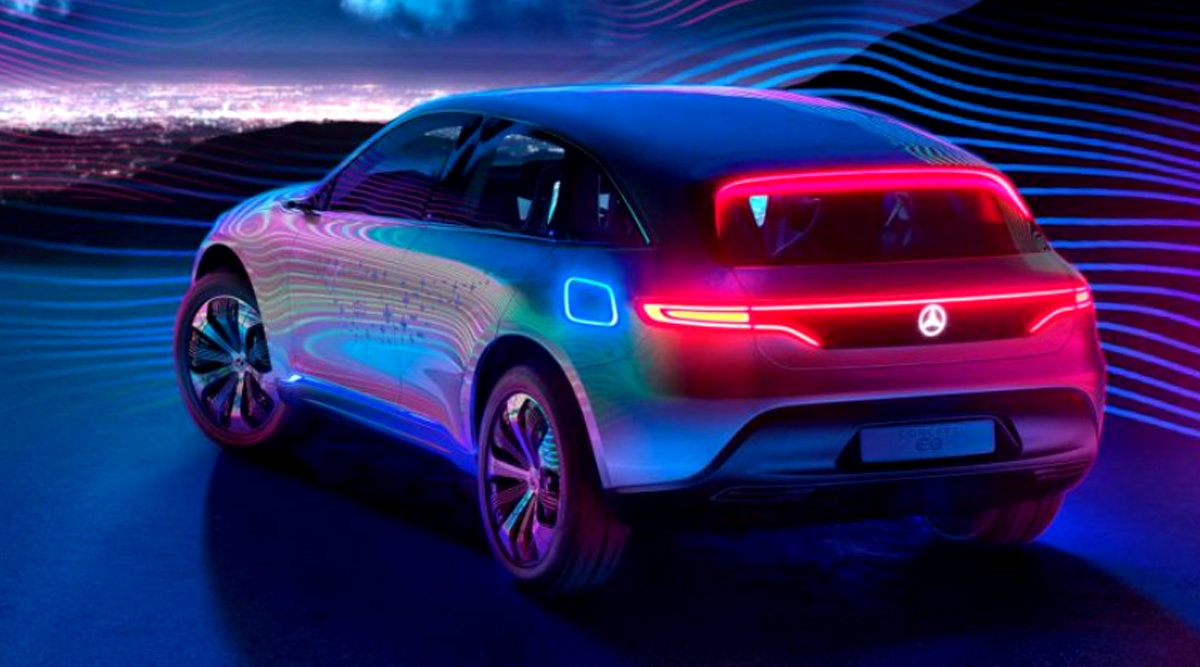 The design of the Mercedes-Benz EQC is all-new as it sports a futuristic design. It gets a horizontally stacked grille with company insignia sitting in the center. The sleek-looking LEDs upfront and at the rear adds up to SUV's character. It will be available in three colours -Polar white, graphite grey metallic and high-tech silver metallic.

We couldn’t wait to see the future, so we created it. An all-electric Star takes off on October 8. #StayTuned pic.twitter.com/riMvesMIQz

The Mercedes-Benz EQC electric SUV will be launched in a 400 4MATIC iteration, with power coming from two electric motors fitted on each axle. The two asynchronous motors will produce a combined power output of 400bhp and 760Nm of torque. The company claims that the electric SUV can hit the three-figure mark in just 5.1 seconds. It also offers a range of 471kms in a single charge. The 50kWh fast charger can recharge the battery in 90 minutes whereas the regular 7.4 kWh AC charger will ensure full charging in 10 hours.

(The above story first appeared on LatestLY on Sep 29, 2020 12:10 AM IST. For more news and updates on politics, world, sports, entertainment and lifestyle, log on to our website latestly.com).