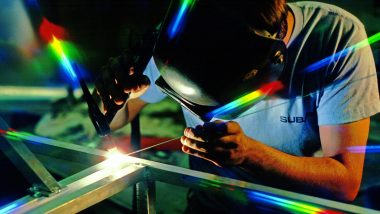 Jaipur, June 4: With the start of unlock phase-1, the economic activities suspended so far in Rajasthan due to the Covid-19 lockdown have resumed.

According to Additional Chief Secretary Industries, Dr Subodh Agarwal, "Hero Motors has started manufacturing 600 vehicles per day in the state, whereas in Honda Group, production of 200 two-wheelers and 100 four-wheelers has started."

The use of innovations by many MSME units of the state spells a good sign for the industrial scenario, while most of the large units of Kota, Bhilwara, Bharatpur, Bhiwadi, Bikaner, Chittodgarh, Jodhpur, Jaipur, Ajmer etc have also started production.

The production has also started in several large units including cement, textiles, stone, oil, food processing, fertilizer, chemical and glass, said Agarwal while addressing a review meet on Wednesday night through video-conference from the Secretariat.

He said that industrial production has started in almost all major sectors in the state bringing the economic activities back on track with the coordinated efforts and participation of the state government.

Agarwal said that the lockdown has changed the circumstances and directed officers to build entrepreneurs' confidence, cooperate in getting benefits of government packages and make coordinated efforts to better the industrial scenario of the state by having dialogue with them. He directed to ensure coordination between industries and local workers to solve labour problems.

Managing Director of RIICO, Ashutosh Pednekar said that 45 per cent of the units in the RIICO industrial areas have started production with 28 per cent of the workforce.

Commissioner Agrawal informed that as the demand in the market increases, the production in mega and large scale units will also increase.

(The above story first appeared on LatestLY on Jun 04, 2020 01:56 PM IST. For more news and updates on politics, world, sports, entertainment and lifestyle, log on to our website latestly.com).