What To Do if You’re Pulled Over for a Suspected DUI, Camara Mintz Former Police Officer and Prosecutor Turned Criminal Attorney Tells All

After years of handling thousands of criminal and personal injury cases, Camara Mintz is fueled by his desire to help as many people as possible. He’s expanding his reach and hopes to open more branches soon. 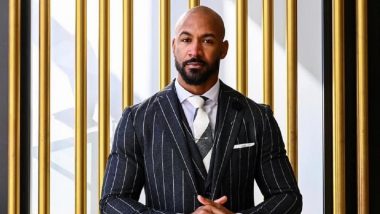 After years of handling thousands of criminal and personal injury cases, Camara Mintz is fueled by his desire to help as many people as possible. He’s expanding his reach and hopes to open more branches soon.

After working in both prosecution and law enforcement, it was a natural transition for Camara to open his own criminal defense and personal injury practice. “We handle all kinds of stuff, everything from DUIs and disorderly conduct to double homicide, drug cases, thefts, assaults, robberies. Tons of stuff. You name it,” says Camara.

“DUI laws are different depending on the state you’re from. Individual states also have different collateral consequences. If you get a DUI in Maryland, you’re usually hit with reckless and negligent driving, and the MVA can suspend your license. In our state, you have separate consequences. You have to fight in court, and then you have to fight MVA for your driving privilege too.”

What should someone do if they’re pulled over for a DUI?

“I used to do these, so I know how this process goes. When you get pulled over for a suspected DUI, the officer approaches, and they’ll ask you probing questions to get you to talk. Most people think they’re just being friendly, but it’s a tactic to get you to talk. They’re trying to determine if you’ve had alcohol by smelling your breath and seeing if your eyes are blood-shot or glossy.”

“They’ll ask you for your license and registration like always, but if they think you may be impaired, they’ll ask you to do a sobriety test. In most states, they’re voluntary. They do a couple of different tests. The first one is the walk and turn test, where they ask you to walk nine steps, pivot on one foot, and walk nine steps back. They will also ask you to do the one-legged stance where you balance on one leg with your other leg 6 inches off the ground for 30 seconds. Then they’ll also do the HGN or Horizontal Gaze Nystagmus. It’s the test where the officer will hold an object in front of your face and instruct you to follow the object with your eyes as it is moved from side to side. They’re looking for the involuntary jerking of the eye that tells where there’s alcohol in your system.”

“They’re usually always going to ask you to submit to the standardized field sobriety tests. And I advise everyone not to because what they observe, they can use as evidence against you in court. If you don’t talk to them, and you don’t submit to these tests, then they have less evidence against you to make an arrest and try you in court. There may be collateral consequences for refusing, but they usually do not involve losing your freedom. In Maryland, you could go to jail for one year, and you get 12 points on your license and a heavy fine.”