Your Power Lies Within: Ryma Krimi’s Global and Empowering Story

The way she scaled in companies around the world in the sales and marketing industry showed her the power of confidence, and even though she’s aware that there’s not a one-size-fits-all formula. Ryma has discovered a set of tools shared by the most successful individuals around the globe. 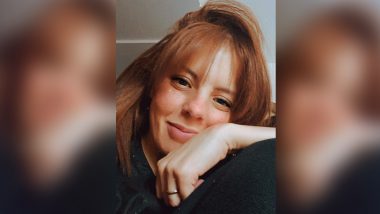 The cultural shock Ryma was exposed to at a very young age due to her parent’s business life set her up with set communication skills and an intercultural understanding. Allowing her to create a global neighborhood to support and give the same opportunities to every woman in the workplace

Many women lack confidence and proper guidance—two significant factors in their success as professionals.

It’s beyond belief that in a decade where people have fought about gender and racial rights, cultural beliefs or society’s standards shadow individuals’ abilities. And some statistics prove it. For instance, the UK’s FTSE 100 states that only 5% of their CEOs are females.

But it’s a relief to know that there are people ready to reshape this situation. I present Entrepreneur Lady Hustler’s founder, Ryma Krimi.

“My story begins where the star wars were held,” Says Ryma, chuckling through the smoke of her cigarette. There’s pride about the start of her family’s story under her red-tinted smile.

This tale’s origin lies in Tunisia, North of Africa. Ryma’s family honoring their surname (Krimi means ‘generous’), let straitened eat free from the vast market they owned. Still, as the consequences of the manly desires of lust, they lost everything.

Ryma Krimi’s first memories are glancing at her father’s business suits, who wanted to bring wealth back to the family. Her ears were never strangers to the words “you must work for what you want.” Many cities make a name for their fast-paced lifestyle, and the finance discussions c-level business people share over expensive liquor glasses, both were typical for her as a little girl.

Ryma inherited her family’s thirst for scaling and their passion for success, which helped her into the business world. She knew she needed to work hard to make her dreams come true.

They exposed her eyes to every color of skin even before she could identify what race was. From living in South Arabia, where women may not drive, to Denmark, where freedom has a unique taste to all citizens. Ending in Japan where studying is every kid’s mission from sunrise to dawn. Language to Ryma’s mouth is not a barrier, but something that made her understand that wherever you are in this world, we’re more alike than we think.

“Traveling offers you the opportunity to see that all of us are the same, but how the opportunities given to each one of us are different.” Says Ryma. Krimi has understood why the immigrants fight. It has caught her attention how someone else’s rules limit competent people.

Ryma’s journey through the world beats Julio Verne’s work any time or day. She was adapting to new cultures every time her father’s busy life demanded so, which made her develop an impressive skill in relating to people. This turned her into an A+ seller in the following years.

Eight years ago, Ryma gave her passport a break. She was settling in for Canada’s maple-rich landscapes. The lessons learned from her life abroad made her an irreplaceable part of any organization. “When I first arrived, I was working as a counselor.” She says. “With time, I was making more money than the director… As soon as I left, the conversions went down”.

Her family’s upbringing made her disciplined, proactive, and hard-working. Her communication skills and ways of understanding customers led her to get more calls and close more deals than anybody else.

The high ceilings of business towers seem impenetrable for many people, but this never stopped Ryma from working her ass off and striving for excellence. She never intended to make a mark for her gender but for herself and the skills and abilities she owns. “The sky is not even the limit,” She says.

The workplace wasn’t always as lovely as one could wish. Employers took advantage of her passionate and committed efforts, while the pressure and weight put on Krimi’s shoulders was only getting bigger.

As Ryma entered motherhood, her first son brought joy into her life, giving her a whole new purpose. Now she had someone who depended on her and who she wanted to give everything.

But it was during her second pregnancy that Ryma’s life changed forever. On the icy floor of her doctor’s office, with the light breeze of air conditioning prickling her skin, she felt her entire world sink. The doctor told her she only had a 30% chance of living.

One can only imagine the feeling of weakness for a woman conquering her path because there’s nothing she can do to stop this. The pain, because you could not feel that beautiful love that she already knew as a mother.

But thankfully, she survived. The experience opened her eyes to what life truly meant. She realized the strength laid beneath a woman’s body and the challenges she must face.

Ryma got in touch with this new part of her, understanding the pain that many women go through when going to work. Administrators and workmates, sometimes, won’t treat you with empathy, and you have to swallow your feelings.

In this new Covid-19 era, many women have left the workplace for good. Because they couldn’t find a work-life balance, this feeling of responsibility for their children’s care adds to their work stress.

According to the National Women’s Law Center, females’ participation in the workforce has already dropped to 57% in the US. In the UK, research by the Institute for Fiscal Studies found one reason that affects women’s earnings over men is that they take time out of work to take care of children.

Ryma Krimi discovered these challenges, making it her mission to help females achieve success in altering their mindset and putting together effective strategies.

“Some of them are moms like me, some are working various jobs, or are struggling to pay their student loans while educating themselves, and finally, this new norm of Covid-19 scares many of them.” Ryma states on her One-to-one coaching portal.

Ryma’s parent’s business life exposed her to a cultural shock at a very young age, setting her up with set communication skills and an intercultural understanding. She knew that, as Alex Lutskij said to Forbes, the distance between people has never been an obstacle but an opportunity to gather the most talented, wherever they are.

The challenges and lack of empathy she suffered in the workplace, and her life-risking challenges as a mother opened her eyes to understand that life, as it is, is meant to be lived. Until a person doesn’t fully understand themselves, their challenges, and their strengths, they won’t find their way to freedom.

The way she scaled in companies around the world in the sales and marketing industry showed her the power of confidence, and even though she’s aware that there’s not a one-size-fits-all formula. Ryma has discovered a set of tools shared by the most successful individuals around the globe.

In September 2020, Ryma founded Entrepreneur Lady Hustler, a global neighborhood for women business owners and professionals. A place where they can find a support system and friendships throughout their entrepreneurial journey. A membership at an affordable price, so everyone can have the same chance to change their life.

Females are one of the strongest species. Only for the strength, they have of carrying another human’s life in their womb and bringing it into the world.

Presidents can build walls, and viruses might keep us at home. But we’re living in an era where no physical barrier could stop the power of communication. Nowadays, the internet could be your ally for starting the business of your dreams. With all these tools, the only missing piece is your confidence.

Nelson Mandela was right when he said, “There’s no passion for being found in settling for a life that is less than the one you are capable of living.”