Amit Sadh Shares He Attempted Suicide Not Once But Four Times

Amit Sadh in an interview shared how he attempted suicide in his teenage and how long it took for him to come out of that phase. The actor was in his teenage when he tried committing suicide. 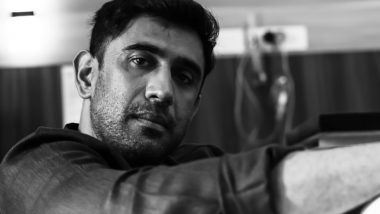 Amit Sadh is one of the popular actors who has done some amazing projects in the television and film industry. He has also done a few web series as well. Some of his prominent TV works include Kyun Hota Hai Pyarrr, Kohinoor, among others. He has also done supporting roles in films, however, his role in Kai Po Che! shot him to fame in the world of cinema. Sultan, Sarkar 3, Super 30 are the few among other films in which he was seen in supporting roles. And now it is shocking to hear that such a brilliant actor like Amit Sadh attempted suicide not once but four times. Asif Basra Dies Allegedly By Suicide in Dharamshala; The Kai Po Che Actor Was Reportedly Suffering From Depression.

Amit Sadh, in an interview to Mens XP, shared how he attempted suicide in his teenage and how long it took for him to come out of that phase. The actor was hardly between 16 to 18 when he tried committing suicide. He was quoted as saying, “I just woke up one day and tried and tried again and again and again. Then by God’s grace, the fourth time, the last time I did, I knew that this is not the way and this is not the end. And things changed. My mindset changed. And since then, it has evolved and the philosophy of ‘never giving up’ came in me.” Thennarasu, Tamil Actor, Dies By Suicide Over Family Dispute.

The actor, who was last seen in the web show Breathe: Into the Shadows, also states that it took him 20 years for him to get out of that phase. Amit Sadh says, “I feel blessed and fortunate that I’m on the other side of the white light.”

(The above story first appeared on LatestLY on Nov 23, 2020 10:31 AM IST. For more news and updates on politics, world, sports, entertainment and lifestyle, log on to our website latestly.com).