Love To Hate Her? Priyanka Chopra is Trolled Repeatedly for no rhyme or reason, most of the time! (Image Credit: Instagram)

For all those who have been wondering what's gonna be Priyanka Chopra's next project after Bharat, here's a big news. Priyanka is apparently next going to be seen in Shonali Bose's next. the actress took to social media to share a pic of a script that she has been reading. The script being titled as, "The Sky is Pink" which is based on Ayesha Chaudhary's life. Now, considering that there have been rumours about PeeCee doing a film with Shonali, it isn't too difficult to join the dots.

It has been reported that the film will go on floors in August this year. Priyanka captioned the photo of the draft as, ‘And it begins #prep #hindimovie’. As for now, PC has returned to India to start shooting for Bharat, which also stars Salman Khan and Disha Patani. Ali Abbas Zafar will be directing the film. It is after ages that Priyanka has finally started working on a project in Bollywood. She was in America all this while completing her Hollywood projects there. 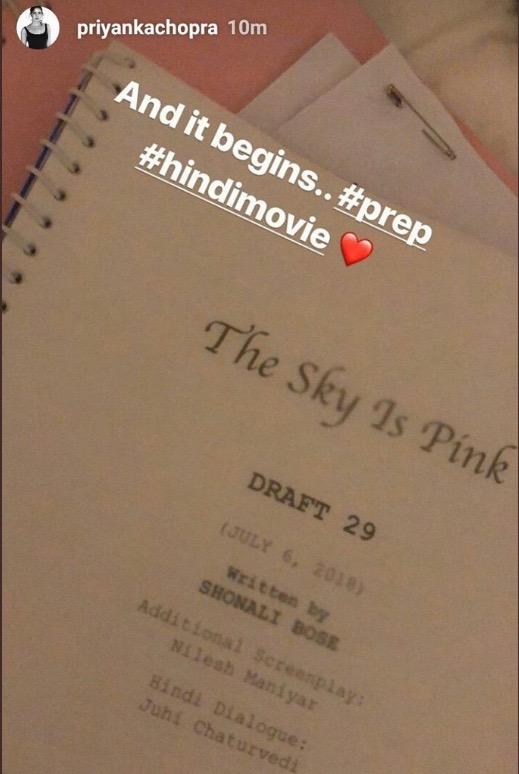 Talking about her film with Shonali, reports suggest that Farhan Akhtar has also been roped in for The Sky Is Pink. Priyanka and Farhan will play parents to Zaira Wasim, who will play Ayesha Chaudhary in the movie.