From romance to comedy to patriotic films, Bhatt has been a part of a diversity of film genres. Some films had really powerful dialogues that became popular amongst the fans. 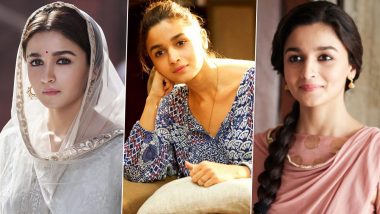 Alia Bhatt might be a star kid but no one can argue on the fact that she has proved her talent on the screen and deserves all the credit for her work. The actress who debuted with Karan Johar's Student Of The Year immediately made a mark in the industry. The rich brat in Student Of The Year was showered with love and Bhatt became a household name in no time. The actress challenged herself from time to time and made sure she never gave the audience very similar kinds of roles to watch. She has films like Highway, Udta Punjab, Raazi in her kitty that are some of her finest work. Alia Bhatt, Hrithik Roshan and Neeta Lulla Among the 819 New Members Invited to Join The Academy of Motion Picture Arts and Sciences.

From romance to comedy to patriotic films, Bhatt has been a part of a diversity of film genres. Some films had really powerful dialogues that became popular amongst the fans. From her dialogues in Kalank to her dialogues in Sadak 2, some of them were really relatable. So today as the actress is celebrating her 28th birthday, we bring to you 5 of the most relatable movie dialogues by Alia. Herschelle Gibbs Shares Alia Bhatt’s GIF But Has No Clue Who She is; The Raazi Star Responds With A Quirkier GIF!

Check Them Down Below: 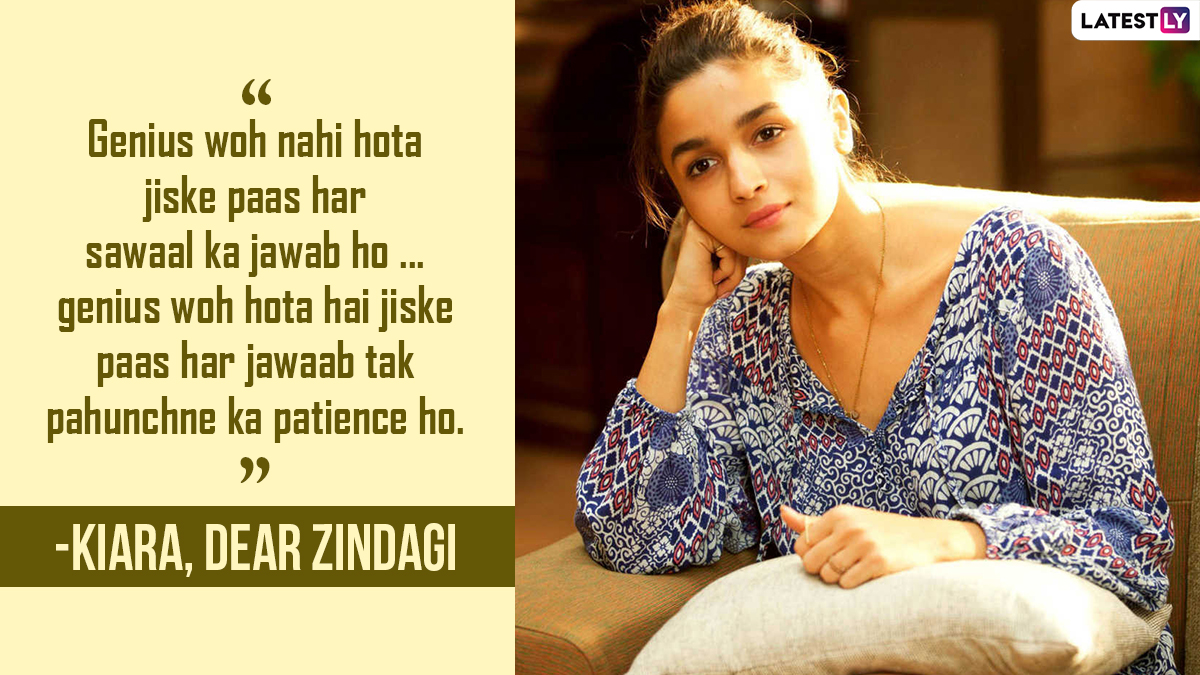 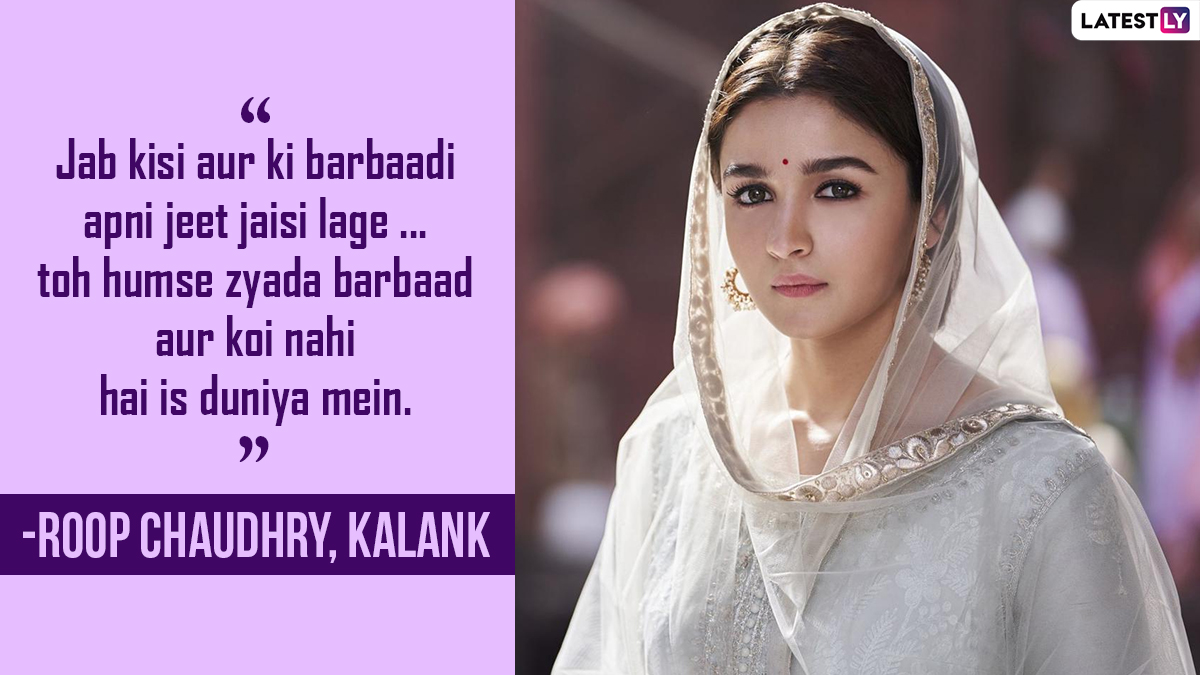 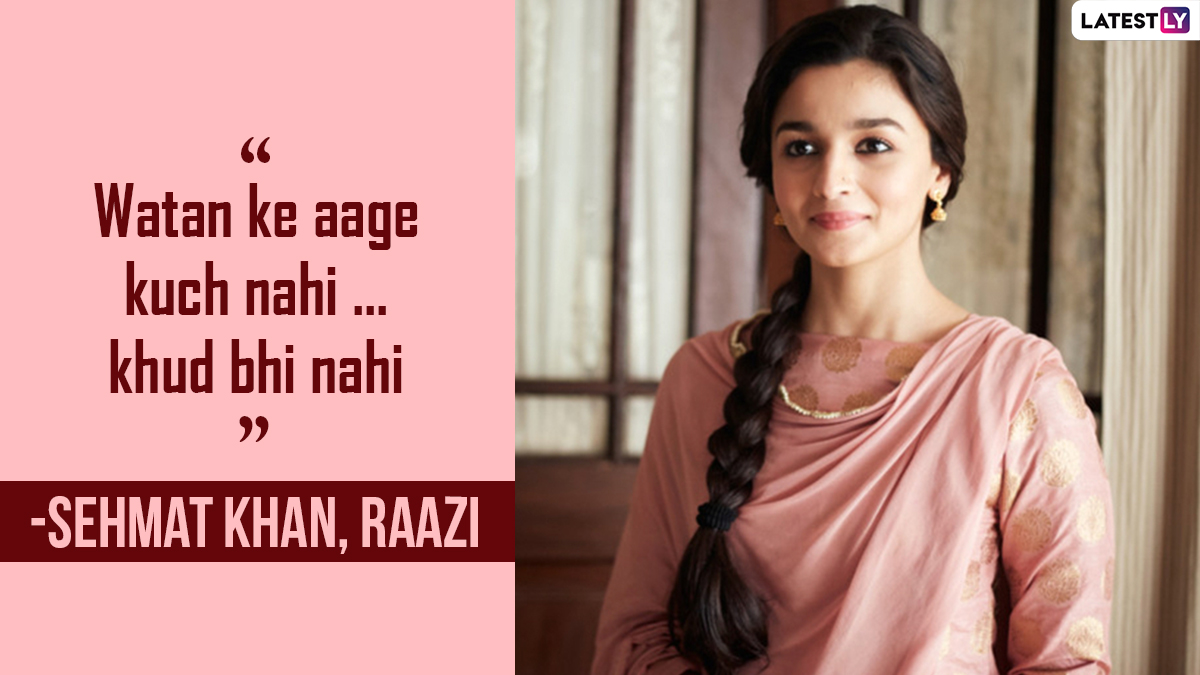 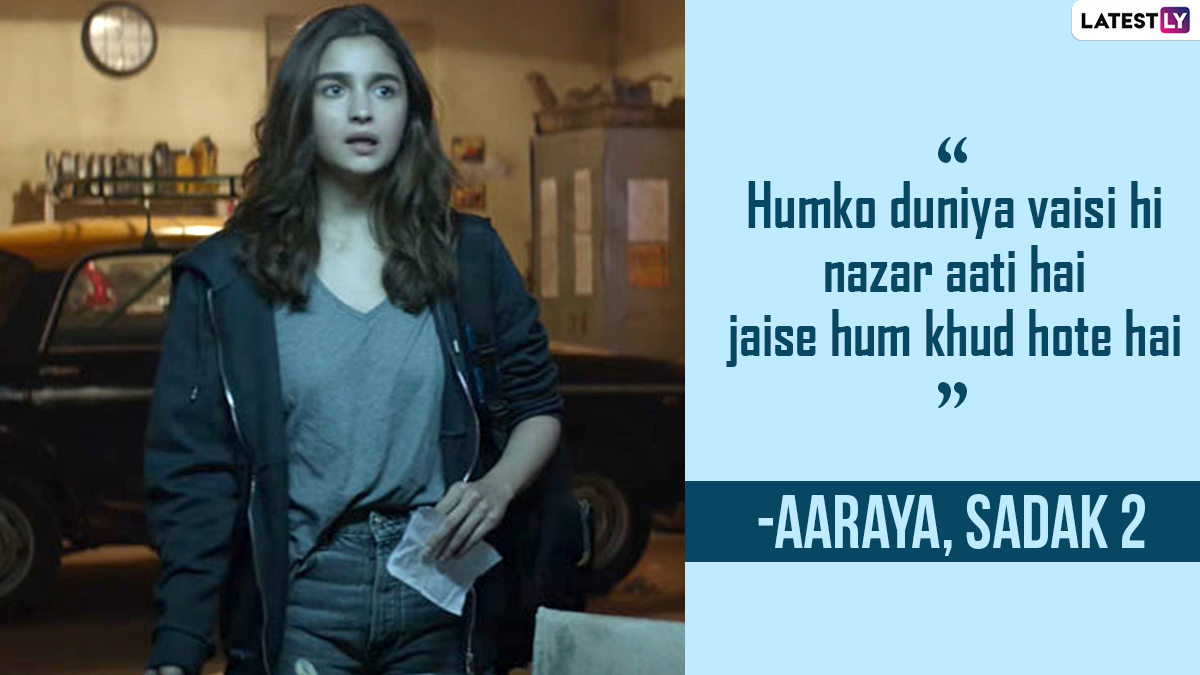 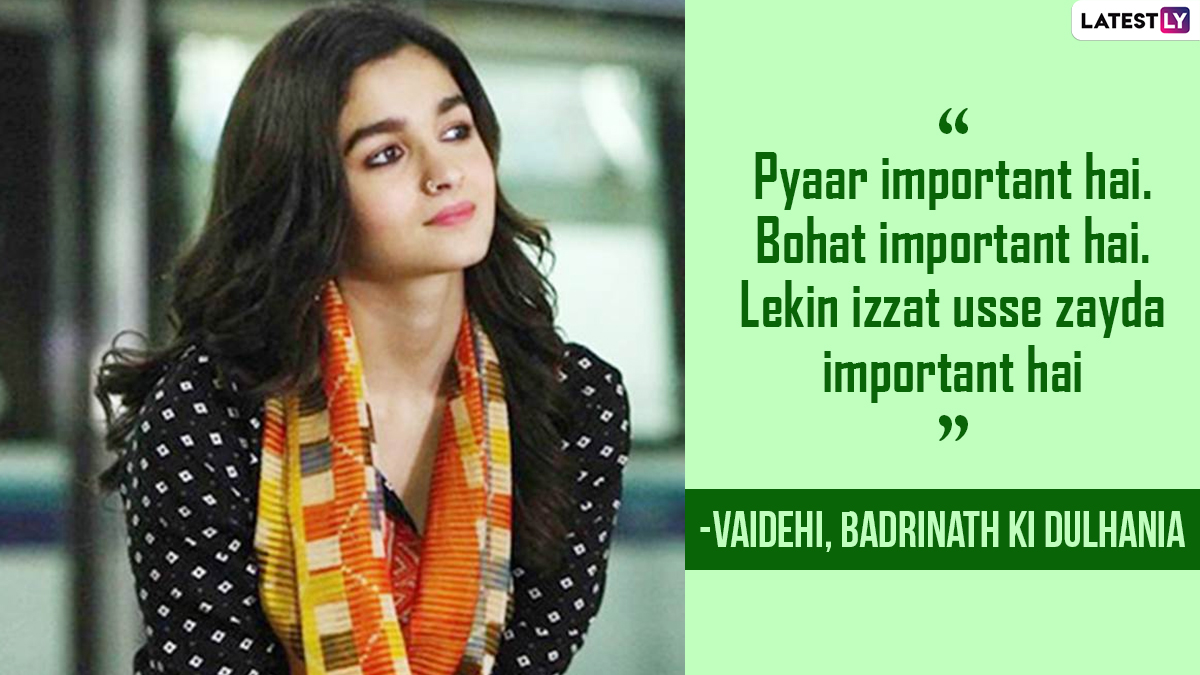 Alia continues to surprise us with her stellar performances. The actress will be seen in Brahmastra alongside her boyfriend Ranbir Kapoor. She has RRR and Gangubai Kathiawadi in her kitty as well. Join us in wishing the amazing actress a very happy birthday.

(The above story first appeared on LatestLY on Mar 15, 2021 12:00 AM IST. For more news and updates on politics, world, sports, entertainment and lifestyle, log on to our website latestly.com).