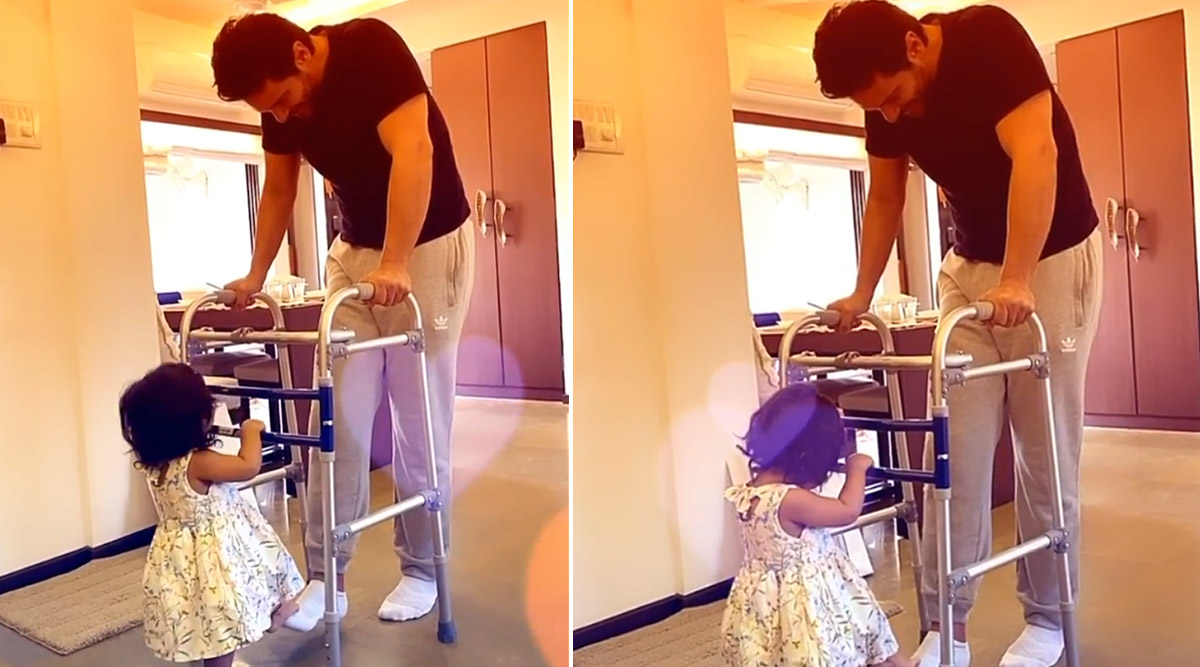 It was in November 2018, when Angad Bedi and Neha Dhupia were blessed with a baby girl. The two were over the moon after becoming proud parents to Mehr and their excitement was a different level altogether. Recently, Angad went under a knee surgery after getting injured while shooting for his upcoming web-series MumBhai in Mazagon area. Due to this, the actor has taken a break from work and is currently concentrating on his health. All that being said, the latest video shared by Angad featuring his daughter will melt your heart. The boomerang clip shared sees the little one showing the best gesture for her dad and it's beyond words. Angad Bedi Undergoes Knee Surgery and Wife Neha Dhupia Is by His Side at the Hospital (Watch Video).

In the short video, Angad, he can be seen smiling while looking at her daughter Mehr. But the best part about it is how the little one is helping her injured dad walk with the help of a walker. Well, indeed it's a beautiful moment captured. Bedi shared the cute video on IG with a caption which read, "Saadi Jaan!!! Aatibanuuu, waheguru mehr kare most precious gift!!! Thank you almighty for all your blessings." Inside Edge 2 Review: Angad Bedi, Richa Chadha, Vivek Oberoi’s Amazon Prime Series Returns in Better Form and Precision.

Mommy Neha also could not keep calm and so left a heart comment on the post. Meanwhile, on the professional front, Angad Bedi's next Bollywood film is Gunjan Saxena: The Kargil Girl which will see Janhvi Kapoor in the lead. The film is set to release on April 24. Coming back to the video, it's too adorable. Stay tuned!