Annu Kapoor Birthday Special: Five Interesting Facts About The Legendary Actor That You Have No Clue About

Annu Kapoor is a multi-faceted actor who we feel, is hugely underutilised. Fighting against all odds, he reached where he is today and so, on his birthday, let us tell you some unknown facts about him. 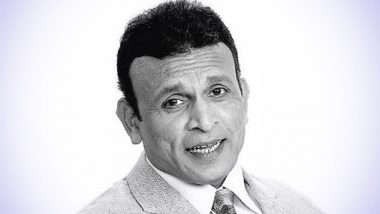 What comes to your mind when we say, Annu Kapoor? Talented sperm! Right? Those who didn't get it, we took his reference from Vicky Donor where he used to name the sperm according to a person's personality. If you ask us, Annu Kapoor is one of the most underrated and underutilized actors in Indian Cinema. What makes him different than the rest is he has a completely different way of dialogue delivery. From every act of his, it becomes evident that he is a splendid actor. Chehre: Makers Release Annu Kapoor’s Look from Amitabh Bachchan-Emraan Hashmi Starrer on His Birthday!

But acting happened to Kapoor in a very coincidental way. His father used to run a theatre company and he asked Kapoor to join him there. Today, we are glad he listened to his father or we would have missed watching such a talented person on screen. That's not the only interesting thing about Annu Kapoor's journey to filmdom. Check out five interesting facts about Kapoor we bet you aren't aware of.

Annu Kapoor couldn't continue his education because of bad economic conditions at his house. But that doesn't mean he isn't a learned man. he has read Vedas, Upanishads and Quran as well.

Annu Kapoor's real name was Anil Kapoor which helped him get more than what was due to him in terms of money for Yash Chopra's Mashal. His role was small in the film and he was supposed to get Rs 4000 for it. But since his name was Anil Kapoor at that time, he received a cheque of Rs 10000 meant for Anil Kapoor who was the star of the film. That's when many in the industry suggested he should change his name and Kapoor decided to go with Annu.

With the financial crisis in his family, Kapoor dropped out of school and picked up odd jobs. In an interview with TOI, he recalled, " Life was very tough. I then ran a tea stall, sold churan ke note for a while, ran a fire cracker shop with just 42, post which I started selling lottery tickets, when my babuji said, ‘If there is nothing else happening, join my company.’ And I joined his theatre company."

Annu Kapoor joined NSD on the insistence of his brother. He did a play with his brother in Mumbai which was backed by Shabana Azmi's IPTA. That's when Shyam Benegal spotted him and offered him a role in Mandi by sending him an appreciation letter for his work in the play.

Annu Kapoor made Antakshari a revolution. He took it out of people's living rooms and made it famous on Television. He sang nearly 4000 songs on this show which was aired on Zee TV.

(The above story first appeared on LatestLY on Feb 20, 2020 03:00 PM IST. For more news and updates on politics, world, sports, entertainment and lifestyle, log on to our website latestly.com).