Baaghi 3 Song Do You Love Me: Disha Patani Looks Like a Sexy Siren But Why Isn't Tiger Shroff Shaking A Leg With Her? (Watch Video) 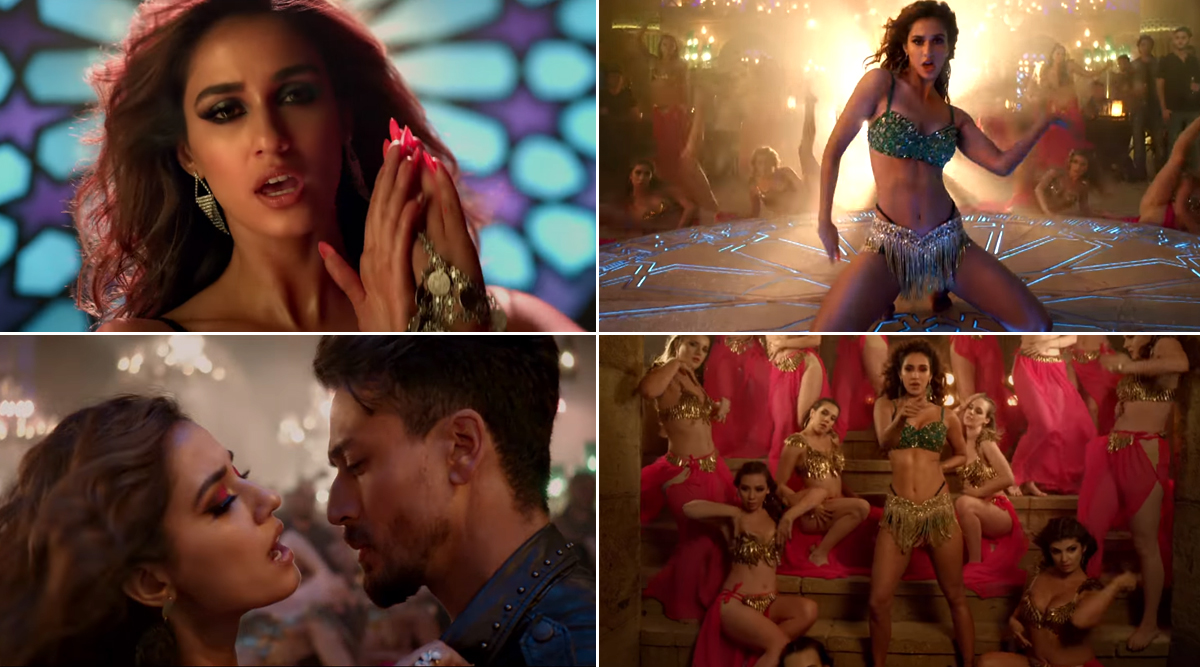 Baaghi 3 song Do You Love Me (Photo Credits: YouTube)

And here is the much-talked-about Baaghi 3 song, "Do You Love Me." The song that features Disha Patani in the lead was long-awaited by her die-hard fans. The first teaser video was out and already in the space of controversy. Not much reacting to the same, the makers have finally released the full song. Of course, it is hot and happening just like the original version which is TroyBoi's "Do You." Baaghi 3: Is Disha Patani's Song 'Do You Love Me' Copied From TroyBoi's 'Do You?' Diet Sabya Feels So!.

Disha is seen in a smoking hot avatar, as she sports a shimmery bikini in the track. We see glimpses of Shraddha Kapoor and Tiger Shroff in the video too. It will be a bit of a disappointment for those who were waiting to watch Tiger and Disha share some magical romantic moments through this cameo. They are seen sharing the screen space only for a couple of scenes while most of the space is captured by Disha's sexy dance moves.

Watch Do You Love Me Song Here:

The song is remade by Tanishk Bagchi and is crooned by Nikitha Gandhi. The choreographer of the track is Adil Shaikh. Earlier, Diet Sabya, an Instagram account known to call out plagiarism, lashed out at makers for copying TroyBoi's track. However, now we can see the credited Rene Bendali for 'Original Music & License Courtesy.' Now that they have cleared the air around the controversy, Disha fans can breathe a sigh of relief! After remakes Dus Bahane and Bhankas, this one is sure to be a party hit soon!

Comments
Tags:
Baaghi 3 Disha Patani Do You Do You Love Me Tanishk Bagchi Tiger Shroff TroyBoi
Comments
You might also like