Bachchan Pandey is the upcoming action-comedy starring Akshay Kumar and Kriti Sanon in the lead. The duo was last seen together in Housefull 4 and are all set to reunite for Farhad Samji directorial. 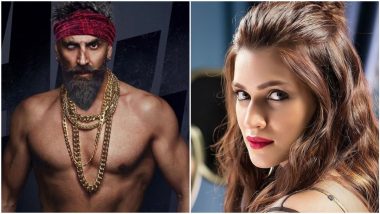 Bachchan Pandey is the upcoming action-comedy starring Akshay Kumar and Kriti Sanon in the lead. The duo was last seen together in Housefull 4 and are all set to reunite for Farhad Samji directorial. The shooting of this upcoming flick could not kick off owing to the coronavirus pandemic. However, after a long delay, the makers are all set to take the film on floors next year. As per latest reports, Bachchan Pandey will go on floors in January 2021 in Jaisalmer. Bachchan Pandey Will Not Clash with Bell Bottom! Akshay Kumar Confirms New Development With a Cheeky Tweet!

About the shooting schedule of Bachchan Pandey, a source revealed to Mirror, “Akshay, along with leading lady Kriti Sanon, director Farhad Samji and the rest of the unit will fly to Jaisalmer for a marathon schedule of over 60 days during which they will be filming in real locations. Last month, the production team secured all the requisite permissions and locked the shooting spots.” The source further stated, “The team will undergo an extensive workshop on all SOPs to ensure a no-contact set. The entire cast and crew will undergo a mandatory COVID test towards December end and the crew will be quarantined for three days before the shoot. Special medical rooms have been set up in Jaisalmer and locations will be sanitised the night before the shoot.”

AKSHAY KUMAR - KRITI SANON... #AkshayKumar and #KritiSanon to kickstart shoot for action-comedy #BachchanPandey in #Jaisalmer in Jan 2021... Shoot will continue till March 2021... One more actress will be signed soon... Directed by #FarhadSamji... Produced by #SajidNadiadwala. pic.twitter.com/R7NO5xogPV

Bachchan Pandey is touted to be high on action, drama and humour. Akshay Kumar would be seen in the avatar of a gangster and the audience will get to see him high on prosthetics. Kriti Sanon will be seen as a journalist. The makers are yet to announce the new release date of this film that will be bankrolled under the banner of Nadiadwala Grandson Entertainment.

(The above story first appeared on LatestLY on Nov 03, 2020 09:11 AM IST. For more news and updates on politics, world, sports, entertainment and lifestyle, log on to our website latestly.com).