Deepika Padukone Is Also A Fan Of Taimur! Wants to Steal Him From Saif Ali Khan and Kareena Kapoor (Watch Video) 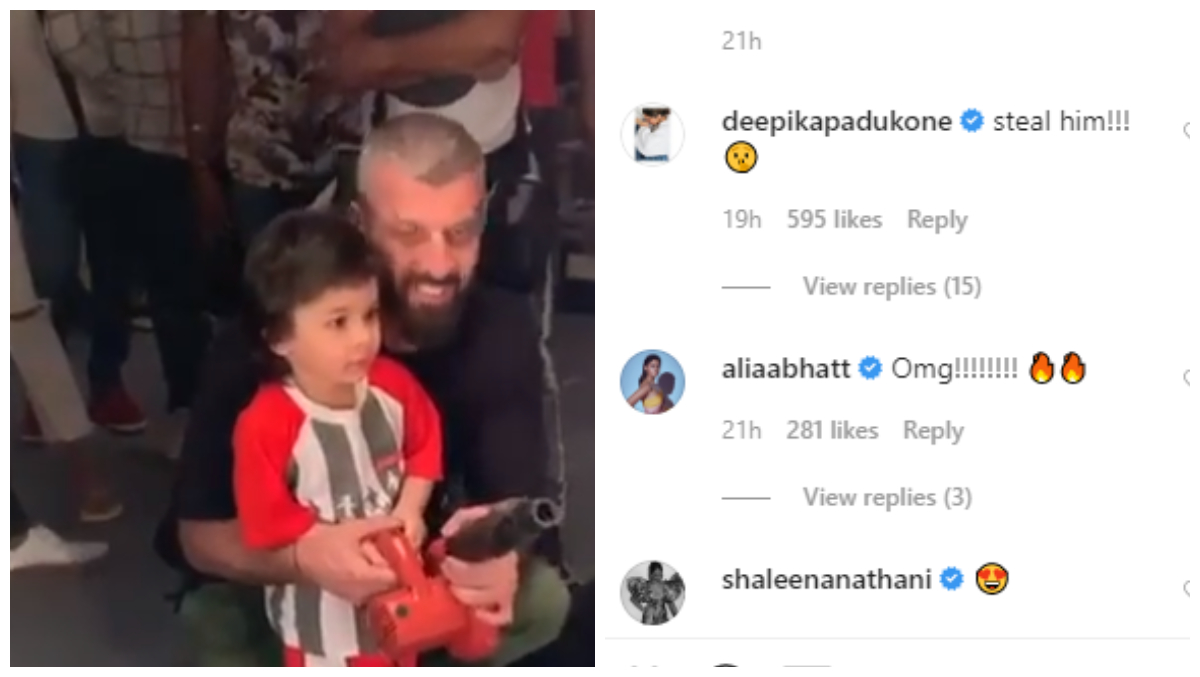 Kareena Kapoor Khan and Saif Ali Khan were shooting for a new commercial together. A video of the same is going viral. But the footage has NOT caught the attention of the internet because of Saifeena, but because there is Taimur in the video. Yes, the cutie patootie has made another appearance on the internet as he tagged along with his parents to work. The video was shared by Kareena’s hairstylist Yianni Tsapatori. Of course, Taimur is looking absolutely adorable. Even the heroines of Bollywood could not help but comment on the post. Kareena Kapoor Khan Keeps her Airport Fashion Extremely Basic as She Returns with Taimur (View Pics).

Alia Bhatt wrote, "Omg". Perfectly encapsulates how we feel looking at Taimur. But the best comment came from Deepika Padukone. She wrote, "Steal him." Creepy, but we absolutely get the sentiment. Deepika is a fan of the baby as well. Who isn't? Taimur Ali Khan Getting His Face Painted and Turning Into a Little Simba at Karan Johar’s Twins, Yash and Roohi’s Birthday Bash Is Making Us Go AWW (View Pic).

On the work front, Deepika was last seen in Chhapaak. Meghna Gulzar directed the movie and featured the actress playing the role of an acid attack survivor. She will be next seen in Kabir Khan's 83, where she is paired opposite Ranveer Singh for the fourth time in her career. She will also start working in the Hindi adaptation of The Intern and the adaptation of Ramayana.