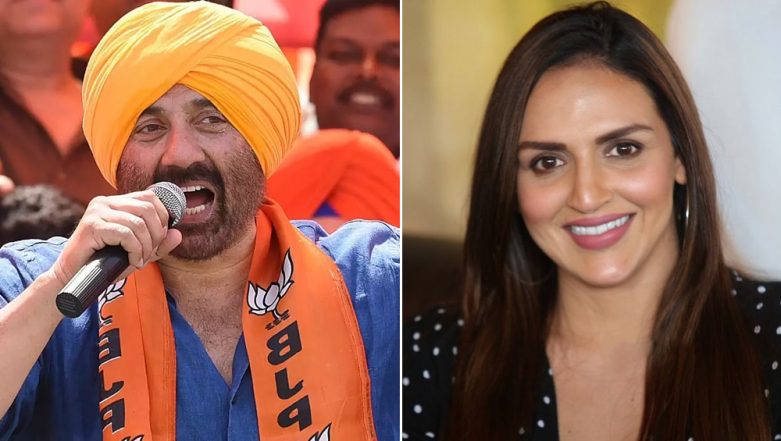 Yesterday, a political wave triggered across the country, with the results of the Lok Sabha Elections 2019. BJP clearly established a majority of seats in the constituencies and the party followers were brimming with joy. Many Bollywood celebrities congratulated Narendra Modi on the big win and wished him luck for the coming years. Actor Sunny Deol, who fought for the seat in Punjab’s Gurdaspur constituency, won with flying colours. Taking to twitter and breaking the ice, sister Esha Deol congratulated the actor for his political win. Sunny Deol, BJP Candidate, Wins Lok Sabha Election 2019 From Gurdaspur Constituency.

Burring the grudges from the past and moving forward to a fresh start, Esha took to her Twitter handle to congratulate her brother. She tweeted, “Congratulations @iamsunnydeol My best wishes to u always.”

Congratulations @iamsunnydeol my best wishes to u always 👍🏼😊♥️

The Dhoom actor also congratulated her mother, who won from the Mathura constituency. She wrote, “She did it again. Congratulations and my best wishes for round 2. Ur doing a fantastic job as an Indian citizen.”

She did it again 😄👏🏻👏🏻👏🏻 congratulations and my best wishes on round 2 ! Ur doing a fantastic job as an Indian citizen @dreamgirlhema ! #proudofyou pic.twitter.com/9WcKrRGpGB

Sunny, who was quite successful in Bollywood a few years back, had his association with the political party for quite some time. His father and veteran actor, Dharmendra, had contested the elections during the reign of Atal Bihari Vajpayee.