FIR Registered Against Zeeshan Quadri, Co-Producer Accuses the Actor of Duping Him of THIS Huge Amount (Read Details)

Reports suggest that the producer's (Jatin Sethi) company Nad Films Production House had invested with Zeeshan Quadri's company for a web series only to find out that he was lying about it all this while. 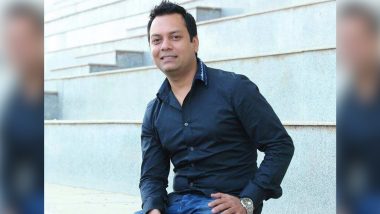 Gangs of Wasseypur actor Zeeshan Quadri landed himself in legal trouble after Mumbai police registered an FIR against the actor. It is being reported that Zeeshan has committed a fraud of a huge amount after which his co-producer filed the complaint at the local police station. Kanika Kapoor Faces FIR, Yogi Adityanath Orders Action Against COVID-19 Infected Bollywood Singer For Putting Lives in Danger.

The producer has reportedly accused Zeeshan Qadri of duping him Rs 1.5 crore in the name of a web series. The actor/producer runs a company called Friday to Friday Entertainment and the producer has alleged that it was this company where he invested his money. A case has now registered against Zeeshan at Mumbai's Amboli police station under section 420 of the IPC.

Reports suggest that the producer's (Jatin Sethi) company Nad Films Production House had invested with Zeeshan Quadri's company for a web series only to find out that he was lying about it all this while. Zeeshan's partner Priyanka Basi's name had also popped up in the case. The web series in question was supposed to release on an OTT platform. Rhea Chakraborty’s FIR Registered by the Bandra Police on SSR’s Sister Priyanka Singh Is a Clear Violation of the Supreme Court Order, Says Vikas Singh.

For the uninitiated, Zeeshan Quadri is an Indian writer, actor, director and producer. He has written the story and co-written the screenplay for Anurag Kashyap's film Gangs of Wasseypur. Quadri has also acted in Gangs of Wasseypur - Part 2. He was last seen in Bicchoo Ka Khel where he essayed the role of an inspector. He also worked on the screenplay of Rajkummar Rao starrer Chhalaang.

(The above story first appeared on LatestLY on Dec 02, 2020 06:06 PM IST. For more news and updates on politics, world, sports, entertainment and lifestyle, log on to our website latestly.com).