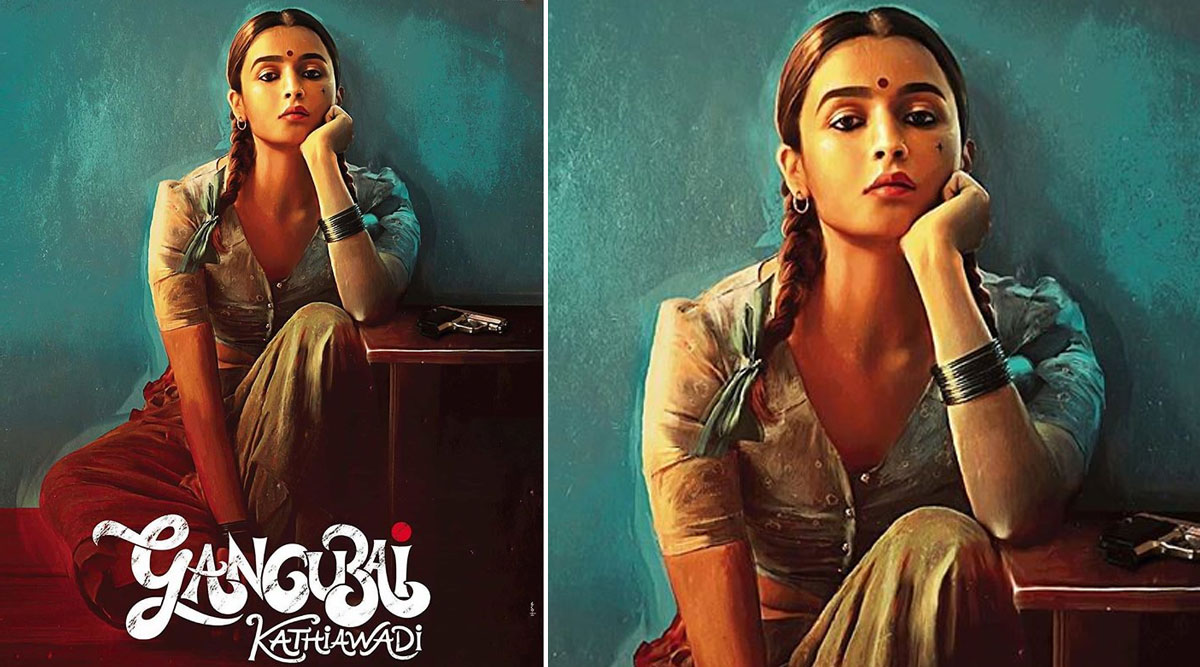 The moment is finally here, as the first look of Alia Bhatt from her upcoming film, Gangubai Kathiawadi is out. Yep, you heard that right. From the time, Sanjay Leela Bhansali announced his next with Bhatt, fans were super excited to see the glimpse of the actress and here it is where the girl is looking LIT. Taran Adarsh took to his Twitter and shared two stills of the actress looking straight into lenses and it's indeed wow (we are stunned). It was yesterday when the filmmaker and Alia had announced that the first look will be out on January 15 and here it is. Gangubai Kathiawadi Motion Poster: First Look of Alia Bhatt in Sanjay Leela Bhansali's Next to be Unveiled Tomorrow.

Elaborating on the look, we see Alia in two braids, decked in a blouse top and a long skirt. The look on her face is intense and one cannot also miss the revolver kept on the table beside her. In the second look, we see the actress with a red bindi and a choker neckpiece giving us mafia vibes. The film is based on Hussain Zaidi’s book Mafia Queens of Mumbai. The story of the movie revolves around Gangubai Kothewali, a brothel owner and matriarch. Is Ajay Devgn Working with Sanjay Leela Bhansali in Gangubai Kathaiwadi or Baiju Bawra? The Actor Answers...

Check Out The First Look Of Alia Below:

Going by the look, Alia looks powerful and fierce in this one. Her role as a brothel owner with connections with the underworld comes out really well with the picture. Earlier, a source told Bollywood Hungama, "Her clothes would be coarse and practical, and her look would be minimalistic. There will be no concession to glamour this time. She won't have a second chance while dubbing. Her dialogue delivery while shooting would be final." Stay tuned!