Giving Makar Sankranti Wishes on Gudi Padwa - Bhumi Pednekar, A 'Maharashtrian', Invites Merciless Trolls For Not Getting Her Basics Right 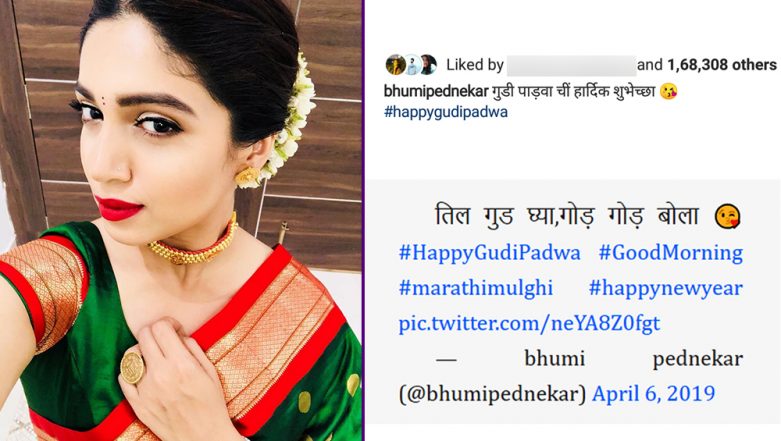 Gudi Padwa 2019 just happened a day ago. Like always B-town stars rushed to wish their fans on the auspicious occasion. The celebs were all decked up in the traditional Maharashtrian attires in order to celebrate the Marathi new year. It was indeed a bliss to see them connect with the fans on this day. However, actress Bhumi Pednekar made a major blunder by posting Makar Sankranti wishes on Gudi Padwa and also using grammatically wrong language in her caption! Gudi Padwa 2019: Bhumi Pednekar, Sunny Deol, Kajal Aggarwal and Others Wish Fans on the Auspicious Occasion!.

She tweeted the wishes saying, 'tilgul ghya god god bola', a greeting that is traditionally said on the occasion of Makar Sankranti. The fans were quick enough to point out this glaring mistake and flooded her feed with comments! She rectified the caption and the post but it was probably too late by then! Check out the screen grabs below. 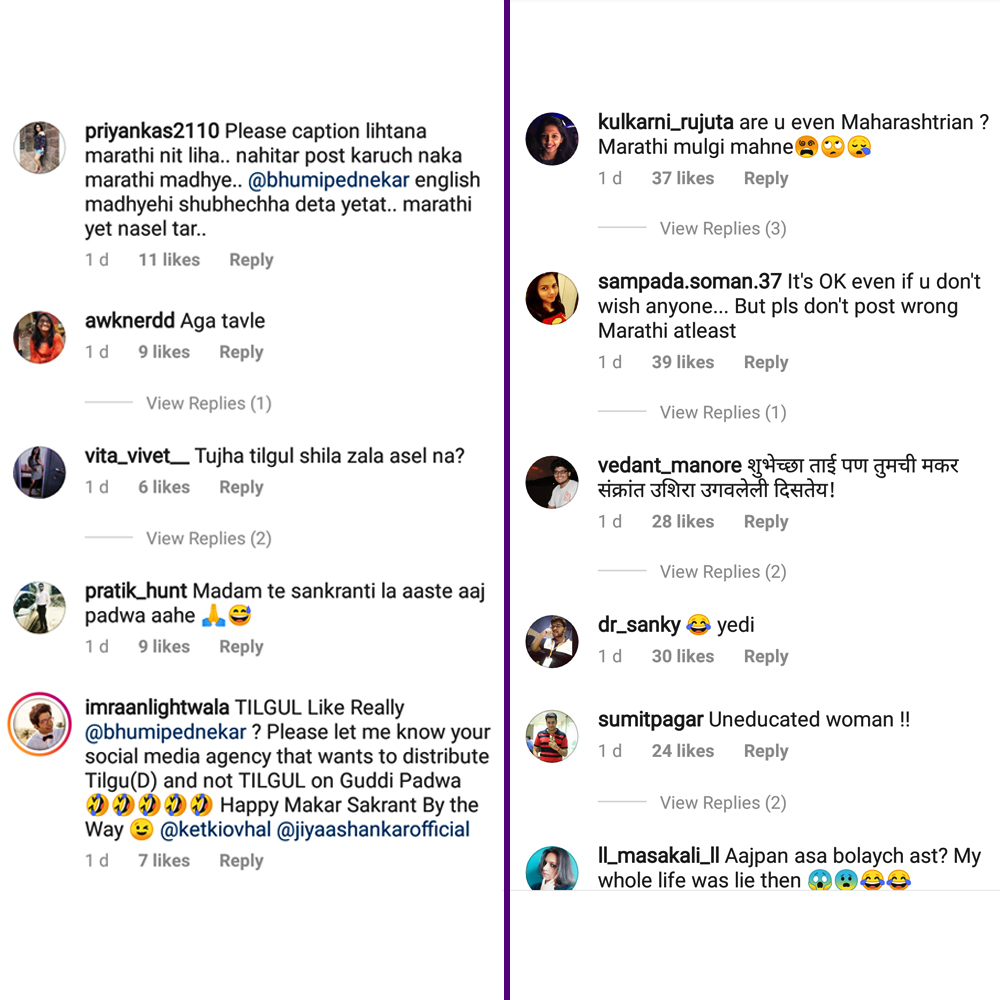 Meanwhile, stars like Amitabh Bachchan, Aamir Khan won the fans with their wishes. AB posted, "T 3143 - Happy Gudi Padwa greetings .. greetings too for Chaitr - Shukl , for the Navratre to follow .. for the beginning of a new year as per our ancient Calendar!" On the other hand, Aamir and his wife Kiran Rao celebrated it by posting their picture from a Marathi show where they celebrated the day. He wished the fans in Marathi language in this post. The fans were totally in love with his 'marathmola' look and wished to see more of him in that avatar. Now, coming back to Bhumi, her team might want to sharpen their social media skills, especially in the age of trolling!