Gunjan Saxena: Trying to Boycott Janhvi Kapoor’s Film Over Nepotism? Five Reasons Why You Are Boycotting Your Own Ideologies 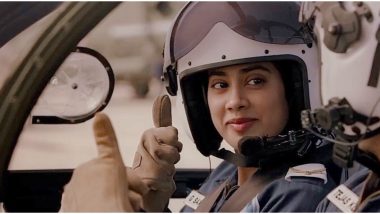 Gunjan Saxena: The Kargil Girl came out on Netflix on August 12, 2020 amidst positive reviews and troll abuses. Positive reviews, because it is a decently made biopic with some good performances. Abuses, because trolls are still linking the film's producer, Karan Johar, to the Sushant Singh Rajput controversy and attacking Janhvi Kapoor because she is a product of nepotism. At the time of writing this story, #BoycottGunjanSaxena and #Nepotism hashtags are already raging on Twitter. Also, the IMDB rating for the film was at meagre 4.2. Janhvi Kapoor's Gunjan Saxena - The Kargil Girl's IMDB Rating Drops to 4.0 after Viewers Downvote It

I will reserve my comments on Gunjan Saxena as a film; you can check my review if you want that. This piece isn't about how good or bad the movie is, but it is about how you bring down a piece of art - that involves not just one name but the sweat of many - just because you can hate on something that you have put no efforts or interests invested in. Gunjan Saxena – The Kargil Girl Movie Review: Janhvi Kapoor, Pankaj Tripathi Make A Formidable Pair in this Stirring Biopic.

By attacking a film like Gunjan Saxena on the pretext of Nepotism, or your hatred for Janhvi Kapoor (for whom you had the most sympathies when her mother passed away in 2018) and Karan Johar, you are also attacking other aspects of the debate that you are otherwise defending. Like these five below:

Cinema isn't just one person or two, but it is about many, both in front of camera and behind it. Janhvi Kapoor may be the face of Gunjan Saxena: The Kargil Girl and Karan Johar, one of the moneybags involved. But Gunjan Saxena goes beyond them. There is director Sharan Sharma, making his debut, who might already be unhappy that his first film isn't reaching theatres and now receiving unwarranted hate. Then there are some really talented outsiders like Pankaj Tripathi, Vineet Kumar Singh, Manav Vij and Ayesha Raza Mishra (not counting Angad Bedi, because his father is still famous - former cricketer Bishen Singh Bedi). 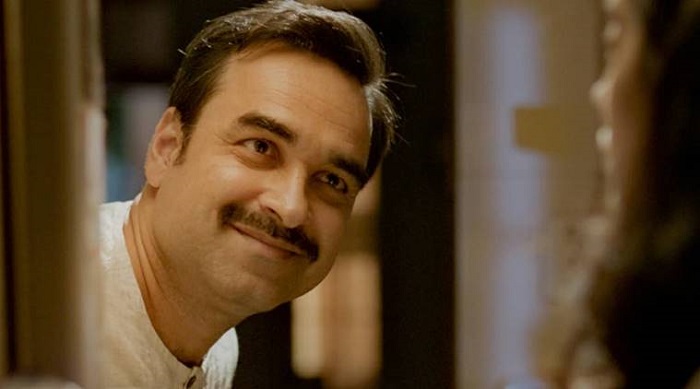 Most of these 'outsiders' unfortunately only get your attention, when they appear in these mainstream movies. Take for example, the amazing Tripathi, who is fabulous in Gunjan Saxena. How many have gone to watch Gurgaon, Newton and Angrezi Mein Kehte Hai in theatres, the movies where he played the lead and were excellent in them? It is in the more mainstream fare like Bareilly Ki Barfi and Stree, where the actor got more public recognition. Similarly, even Vineet Kumar Singh, another fabulous actor, has been working hard for years to make his transition from offbeat cinema to mainstream fare. Now that he has done it, we are putting down the films he is starring in for some malicious agenda.

Respecting the Valour of Our Soldiers

For a nation that is always high on josh when it comes to the Indian Army and the soldiers, it is strange that the trolls are discrediting this aspect of Gunjan Saxena, and giving more importance to nepotism. Gunjan Saxena - The Kargil Girl is the biopic of one of India's first female IAF officers and also the first woman Shaurya Chakra awardee. 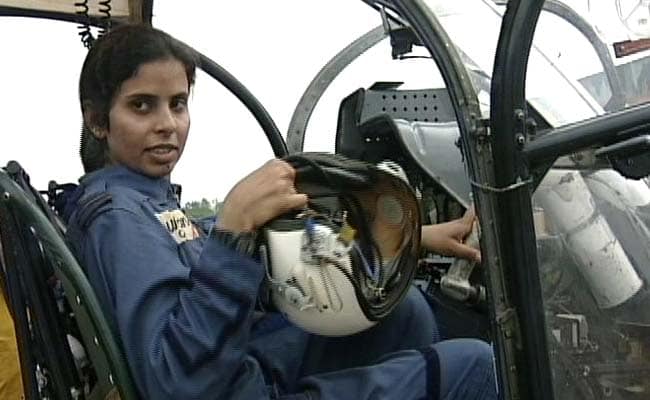 The movie may not bring the chest-thumping patriotism we saw in popular war movies like Border and Uri: The Surgical Strike, but it keeps the protagonist's goals to join the army real, while also not holding back on her valour during the 1999 Kargil War. Gunjan Saxena - The Kargil Girl, without getting into any kind of propaganda, not only does justice to her bravery, but also to the Air Force, especially the less-explored para-evacuation unit in general.

The best thing about Gunjan Saxena, that I mentioned in the previous section, is that it is not just a war biopic. It is also about addressing the cobwebs of misogyny and sexism inherent even in our armed forces. 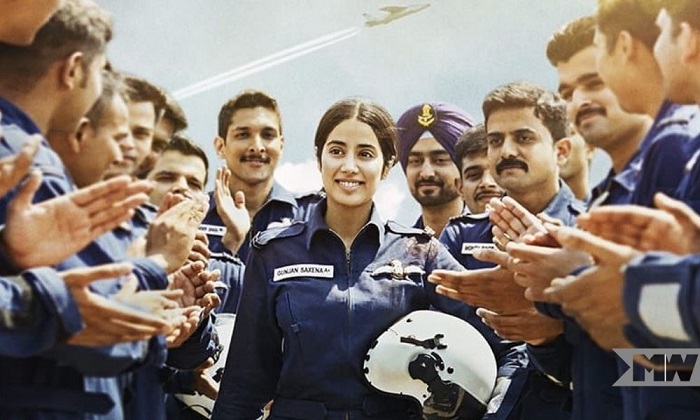 For the uninitiated, only this year, Supreme Court ordered that permanent commission will apply to all women officers in the Army in service, irrespective of their years of service. And to think, we are in the 20th year of the 20th Century for this decision to be made, not by the Central Government (who was opposing the proposal), but by the justice system.

Which is why a film like Gunjan Saxena - The Kargil Girl is needed. The film may not be perfect but it addresses our sexist attitude towards women, pulling them down when they explore new arenas previously dominated by men. At the same time, it also highlights the few males who disregard the chauvinism, like Gunjan's father and later, her HO in the movie, who see her as a person with dedication and skills not connected to her gender. Just like Thappad or even Manikarnika (no matter how flawed), a movie like Gunjan Saxena needs to be in the spotlight for its women empowerment themes, a need of the hour in a country with skewed gender ratio in all walks of life.

The general excuse for bringing down films like Gunjan Saxena and even the recent trailer of Sadak 2, is that fans are doing it as justice for Sushant Singh Rajput. Personally speaking, even I wasn't very impressed with Sadak 2 trailer, but even if others share the same lack of affection, it doesn't explain how the trailer got 2.7 lakh dislikes within two hours of its release. 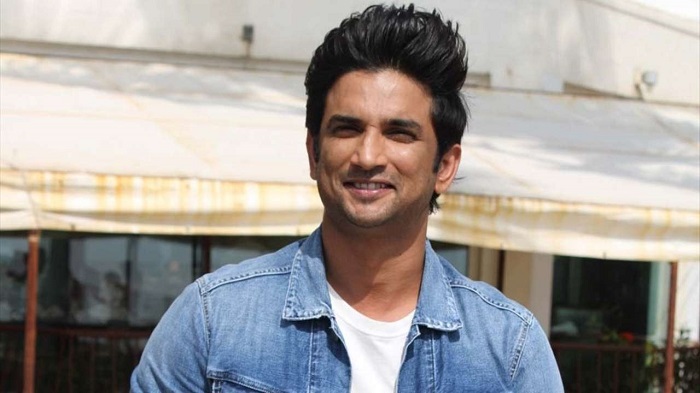 If the trolls think that it does justice to the departed Sushant Singh Rajput, they have misplaced priorities for two reasons here. First of all, Sushant's family hasn't even blamed, what has been termed, the 'Bollywood Mafia' yet, which the news channels and a certain actress have often been targetting.

Secondly, they are undermining Sushant's passion for cinema and how he would have frowned upon these shameless tactics to bring a film down. Remember he was the same braveheart celeb who dropped the 'Rajput' in his name over the attacks on Padmaavat (and got lot of hate from the very flag-bearers of his justice crusade). He was someone very passionate about cinema, which explains the various genres he worked in when he was alive. If you had even understood the values that Sushant stood for when he was alive, you clearly wouldn't have hated a film for what are now baseless allegations.

IMDB really needs to do something about how their site is being used as a tool to fan hate for a movie. As I pointed out in my piece on Dil Bechara, fans are using IMDB not in the right manner and therefore not giving out the right picture of a movie's quality in the process. A bad film needs to be called out if it is bad. But a film shouldn't be called out because it has people or topics you really don't care for. Doing so hurts the interest of Cinema as a whole, and not just Bollywood. 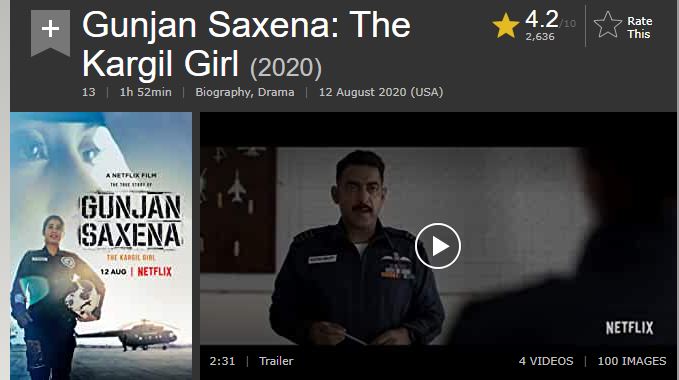 It is all up to the viewer whether he likes a film or not, whether a star should stay in cinema or not. But that should be based on talent and quality, and not on hashtags and WhatsApp forwards.

You really cannot watch a film with 'outsider-insider' debate raging in your mind, because for a considerable future, we cannot drive the star-attitude out of our system. The current supportive attitude towards the 'outsiders' are exposed as hollow, from the lack of buzz we can see for films like Raat Akeli Hai and Pareeksha, despite both films getting solid reviews!

To conclude, it isn't Janhvi Kapoor's fault that she was offered a lead in the biopic. It's what anyone of us would have done if we were in her place and had acting aspirations. Nepotism is bad, but a movie shouldn't be just bracketed on that, because our(unfair)  attitude towards cinema revolves only around the lead star. It is always easy to hate things, but it takes a lot more effort to love something, that in turn, gets better dividends. Sushant would have agreed to that!

(The above story first appeared on LatestLY on Aug 13, 2020 01:42 AM IST. For more news and updates on politics, world, sports, entertainment and lifestyle, log on to our website latestly.com).