From the technical marvel of RRR to the stark exploration of social divide in Jalsa, we look at the seven best movies released in Hindi in first half of 2022, that left us impressed. 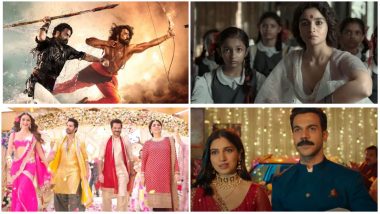 Half of 2022 has gone by and now is the time for us to look back at our cinema and see how some of our movies fared in our report card when it came to entertaining us. 2022 was an year where two movies from the South ruled over North which is what we used to consider as the domain of Bollywood. It is also a year where Akshay Kumar movies struggled at the box office while Kartik Aaryan scored a major, major hit. However, there is no denying that the most profitable film of the year would be Vivek Agnihotri's The Kashmir Files. Half Yearly Report 2022: From Yash's KGF Chapter 2 to Kartik Aaryan's Bhool Bhulaiyaa 2 - Biggest Box Office Hits of the Year in Bollywood Till Now!

However, this feature is not about what scored at the box office. We would be writing about those Hindi movies - whether released on OTT, or in theatres or were flops or hits - that left us impressed in the first half of 2022, arranged as per their release date. You can debate our choices in the comments section below: 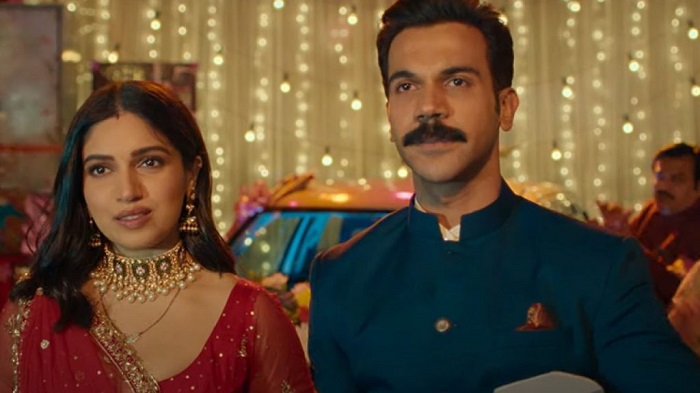 Badhaai Do is the kind of film that gets better with every watch. The small-town romcom not only breaks conventions when it comes to having its two protagonists belonging to LGBTQ+ community, but also serves an entertaining fare which helps in spreading its message of love and acceptance among the masses. With strong performances from Rajkummar Rao and Bhumi Pednekar, and a likeable supporting cast, Badhaai Do deserves to be watched by those who think Bollywood can't break barriers. 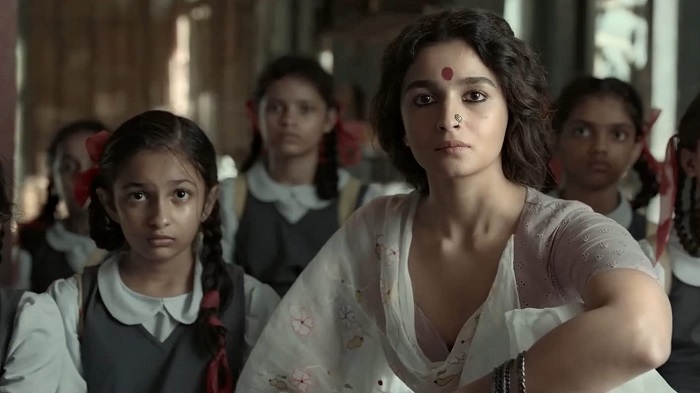 There is a reason why Sanjay Leela Bhansali is a master at what he does. Despite an uneven screenplay and a couple of weakly written supporting characters, Gangubai Kathiawadi comes out as an impressively mounted film, in how lovingly SLB frames each scene and gives a larger-than-life appeal to its Kamathipura setting. Then of course, there is Alia Bhatt who proved the detractors who doubted her casting, including yours truly, wrong in giving her career-best performance here, and she should be among the top contenders for National Awards next year.  Gangubai Kathiawadi Movie Review: In Sanjay Leela Bhansali’s Enthralling New Offering, Alia Bhatt’s Superlative Performance Is Simply Unmissable. 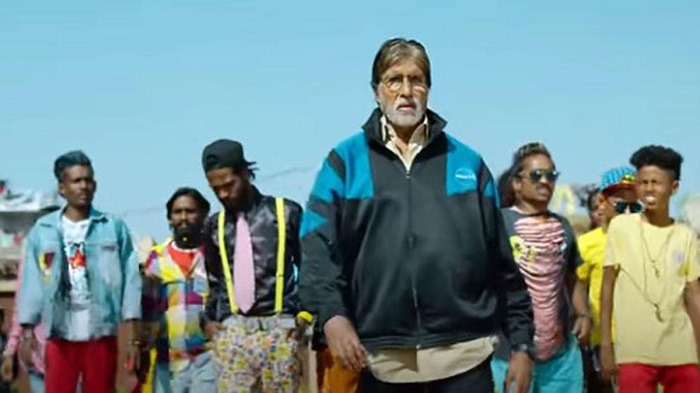 Nagraj Manjule's Hindi debut may not be as brilliant as Sairat, but it does something that Bollywood rarely does - bring stories of under-privileged and caste minorities to the fore. As a sports drama, Jhund has its highs - the pre-interval match is nail-biting despite Chak De India vibes - and lows - the second half is weaker. But the movie scores big goals when it comes to addressing its social issues, aided by Amitabh Bachchan's towering performance and a bunch of talented youngsters. Like with Gangubai Kathiawadi, Jhund smells of its director's masterful touches. 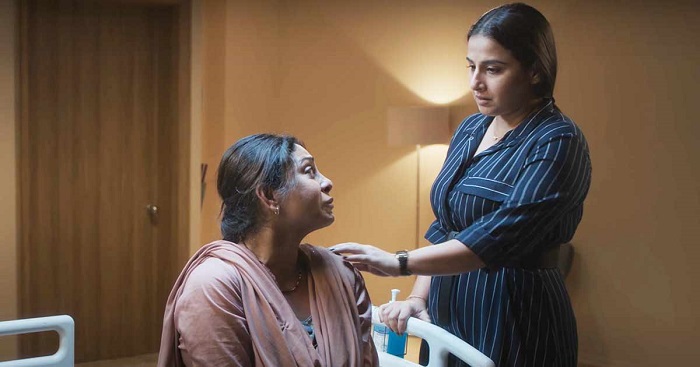 Suresh Triveni's Jalsa is a better movie than his entertaining but flawed debut, Tumhari Sulu. It isn't a movie about 'booyah' moments or cheery scenes, but a hard-hitting, evocative saga that explores how justice works differently two strata of society through its two female leads, whose lives get further entwined by an accident. Shefali Chhaya and Vidya Balan are excellent in the lead roles, with the movie shining in some subtly powerful moments about guilt and redemption. Jalsa Movie Review: Shefali Shah and Vidya Balan’s Heartfelt Performances Make This Slow-Burn Film a Relishing Watch! 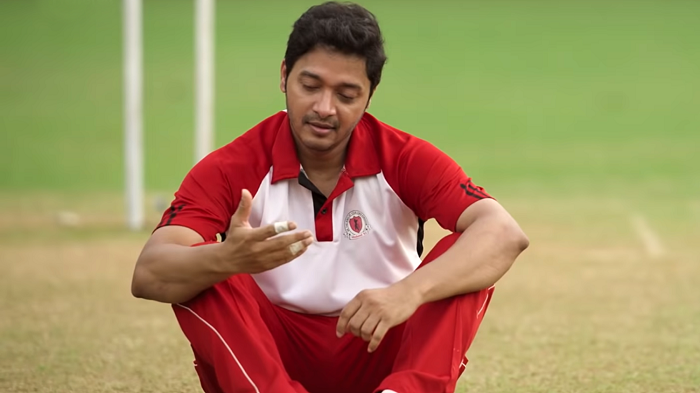 Sometimes, a movie doesn't need to be a masterpiece or powerful saga, but merely an endearing film that aims for your heart and stays there. Kaun Pravin Tambe? is one such film. The biopic of former IPL player Pravin Tambe, the movie is a very likeable account of one of cricket's most inspiring stories, with an affable performance from a back-in-form Shreyas Talpade (who scored last year by his entertaining dubbing for Allu Arjun in Pushpa). Technically, RRR isn't a Bollywood film, but it has been made in Hindi as well as Telugu, and it would be highly stupid of me not to mention it here. RRR is flawed, yes, and I do feel there is a dip in the second half in terms of storytelling, not to mention not giving an actress of Alia Bhatt's calibre much to do. However, there is no denying that RRR is a technical marvel, a true milestone of how far Indian cinema has come in terms of mounting epic spectacles, and is a much polished Rajamouli film than his Baahubali films, which is a high benchmark in itself. Filled with stunning imagery, enjoyable OTT action scenes and rousing music, RRR's real victory is in not losing sight of what gives the movie its heart - the bromance between Ram and Bheem. Also, yeah, Jr NTR and Ram Charan are both fantabulous in the lead roles, with their dedication to their roles astounding enough. 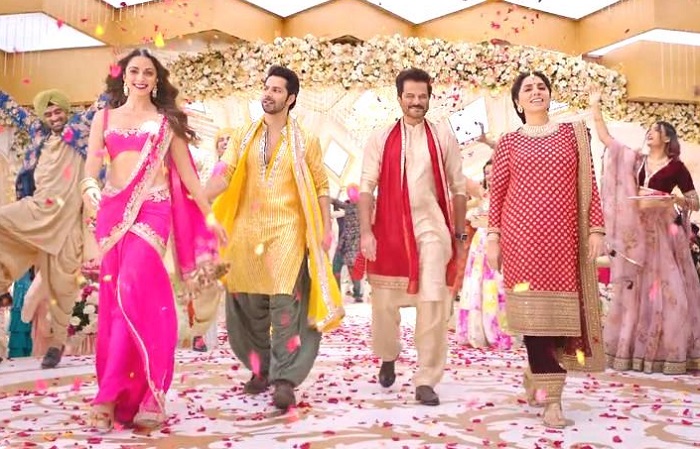 TBH I was a little annoyed with the first half of JJJ because the humour vibe didn't work with me well. However, it is the second half that won me over, when the women of JJJ - especially Neetu Kapoor and Kiara Advani - came to the front and resultantly gave some powerful, thoughtful and mature scenes you do not expect from an entertainer like this. JugJugg Jeeyo is still a Dharma movie, and yet, like the underrated Kabhi Alvida Naa Kehna, the movie brings forth and discusses cracks in marriages and the necessity of divorces when it comes to a relationship gone sour beyond redemption. Anil Kapoor impresses us with how energetic he is even in his '60s - and Varun Dhawan is remarkably restrained and effective in what is his most admirable work after October and Badlapur.

(The above story first appeared on LatestLY on Jun 29, 2022 05:58 PM IST. For more news and updates on politics, world, sports, entertainment and lifestyle, log on to our website latestly.com).