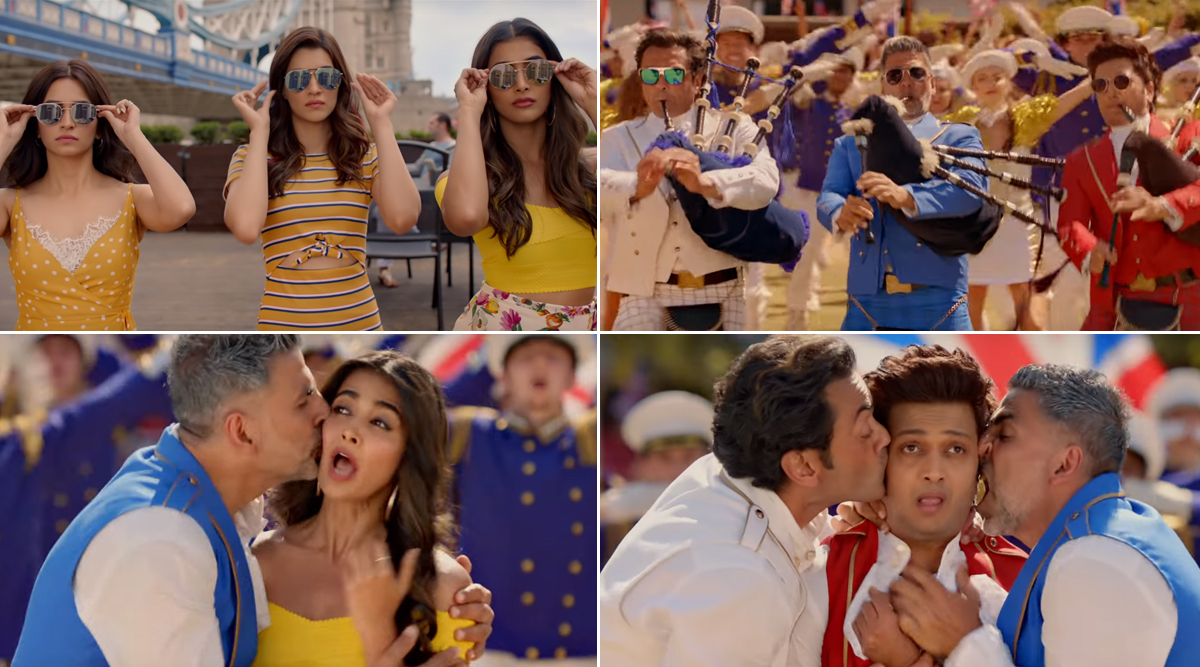 Bollywood's absolute necessity to dance on the streets on foreign land is so adorable. The '90s kids won't ever get over how Govinda and Karisma Kapoor gave two hoots to people staring at them while dancing to Sona Kitna Sona Hai in Hero No 1. It is 2019, and we are nowhere close to getting over the trend. The first song from the upcoming film, Housefull 4, will feature entire main cast dancing on the streets of London. The first teaser of the song, titled Ek Chumma, has dropped on the internet. While we don't get to hear the lyrical verses of the song, the quick glimpse makes it clear that this one will be a dance number. Housefull 4 Trailer: Akshay Kumar, Riteish Deshmukh, Kriti Sanon's Film Is Another Rebirth of the Franchise's Same Brand of Humour (Watch Video).

Watch the Teaser of Ek Chumma From Housefull 4 Here:

The first trailer of Housefull 4 has also released. The first promo reveals that the comedy will ensue because of reincarnations in the film. We get to see two avatars of the characters, one from 1419's Sitamgarh, and the other from 2019's London. The movie has been directed by Farhad Samji. It is slated to release on October 26. It has been produced by Sajid Nadiadwala.