Juhi Chawla Birthday: Five Comedy Scenes Of The Actress That Prove She Is The Queen Of Comedy

Juhi Chawla has made attempts to break away from the cutesy image as well by being part of movies like Arjun Pandit where she had negative shade and in Gulaab Gang where she was a complete baddie. But what stands out prominently in her career apart from her romantic roles is the comedy tracks and here are five of them. 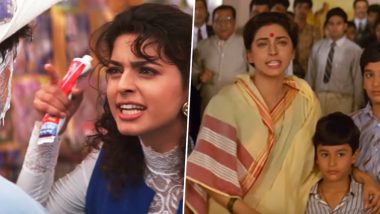 Juhi Chawla has always been known for her effervescent presence. She is instantly likeable. That's why you will notice her pairings with any actor turns out to be extremely likeable. If cuteness had a face, it would be of Juhi Chawla. But in her career so far, Juhi has made attempts to break away from that image as well by being part of movies like Arjun Pandit where she had negative shades and in Gulaab Gang where she was a complete baddie. But what stands out prominently in her career apart from her romantic roles is the comedy tracks. This actress has a fantastic comic timing. We often credit the male actors for their funny bone but hardly their female counterparts. But everyone will agree Juhi is a fantastic exception and on her birthday today, we bring to you five of her comedy scenes that we love! Aryan Khan Birthday: Juhi Chawla Shares Unseen Childhood Pic of Shah Rukh Khan’s Son, Pledges to Plant 500 Trees in His Name

This scene cracks us up everytime. Watch it here. 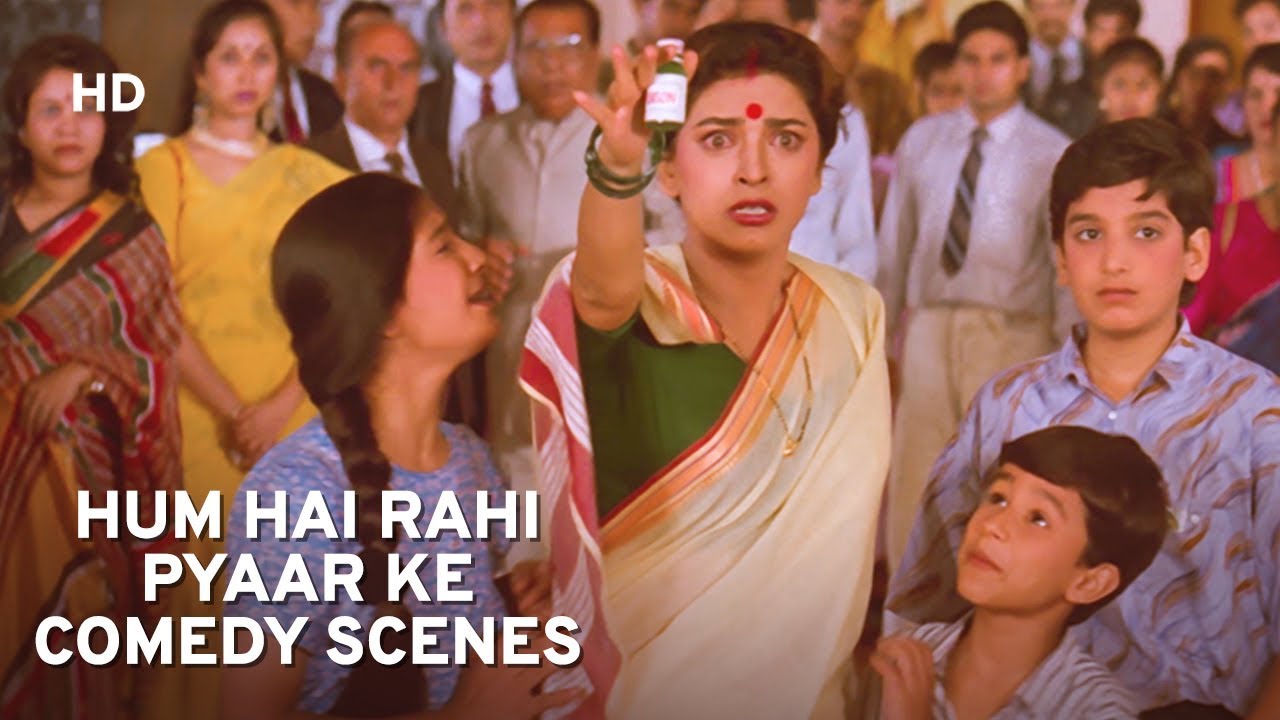 Juhi was simply wild here and yet so damn funny. This scene is perhaps the best one in the entire movie where Aamir Khan and her bickering leads to hilarious consequences. Juhi Chawla Birthday Special: Did You Know She Almost Romanced Shah Rukh Khan, Mammootty and Mohanlal in a Single Movie? This Picture Is Proof!

All we talk about here is either Amar Prem or Teja or Crime Master Gogo. Juhi's cameo is as hilarious as it can be.

A crazy driver and a female...it's a great day for patriarchy. But it is damn funny.

Shah Rukh Khan and Juhi Chawla bicker and it's funny.

We would love to see Juhi Chawla again in a comedy film. She is simply perfect with her timing.

(The above story first appeared on LatestLY on Nov 13, 2021 08:10 AM IST. For more news and updates on politics, world, sports, entertainment and lifestyle, log on to our website latestly.com).